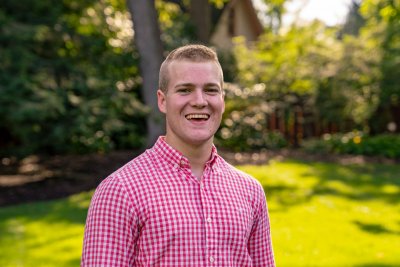 While lung cancer is the leading cause of cancer death worldwide, only 20% of non-small cell lung cancer (NSCLC) patients – accounting for 85% of the lung cancer population – are responsive to anti-PD-1/PD-L1 immunotherapy. Although previous findings in our lab suggest that IFNγ treatment can increase immunotherapy sensitivity by upregulating JAK/STAT signaling in K-Ras mutant cancer specific cells, some cell lines are unresponsive to treatment for unknown reasons. Downstream genes of the JAK/STAT signaling pathway – namely Cxcl9, Cxcl10, Cd274 (PD-L1), Ciita, and Socs1– whose upregulation results in remodeling of the tumor microenvironment and increased cancer cell antigen presentation. We therefore hypothesize that IFNγ responsiveness can be induced by targeting epigenetic pathways by histone deacetylation inhibition, thus increasing patient sensitivity to immunotherapy. IFNγ alone resulted in upregulation of downstream antigen presentation genes in only some of the human K-Ras mutant cell lines in our working panel, including A549, H358, H441, and Calu6. However, target genes of H2030, H1573, and SW1573 cells were uninducible. When the same experiment was repeated with four cell lines – A549, H358, SW1573, and H1573 – and IFNγ treatment was coupled with TSA, a known pan-HDACi, our data suggests that H1573 and SW1573 are still unresponsive to IFNγ, while the coupled TSA-IFNγ treatment amplified the effects of TSA or IFNγ for the A549 and H358 cells. This finding infers that HDAC inhibitors could be used to increase K-Ras mutant NSCLC patient sensitivity anti-PD-1/PD-L1 immunotherapy, but only in cell lines previously found to be responsive to immune checkpoint inhibition via IFNγ treatment alone. Our data suggests a mechanism alternative to epigenetic regulation as the driving force behind SW1573 and H1573’s unresponsiveness. Ultimately, coupled epigenetic and IFNγ treatment shows mild promise in enhancing K-Ras mutant NCSLC response to immunotherapy.