The data were recorded by observing a Matschie’s Tree Kangaroo at the Columbus Zoo using the continuous focal animal sampling strategy, and using a behavior recording program BORIS. I observed the tree kangaroo for approximately two hours each visit. The behaviors were named and described using an ethogram. The results were analyzed using a kinetic diagram, creating a behavior budget, and statistics were analyzed using R in RStudio. 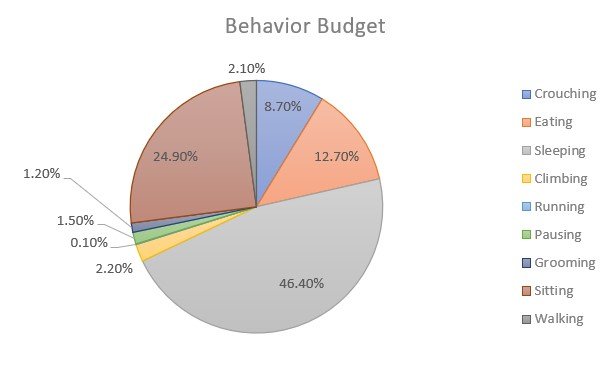 I found that some behaviors, specifically crouching, are more likely to occur prior to jumping than predicted (pvalue= 2.2e-16). There was a strong pattern from crouching to jumping in my kinetic diagram. Crouching went to jumping 44 times and jumping to crouching 27 times. The behavior budget indicated that while sleeping (46.4%), sitting (24.9%), and eating (12.7%) accounted for most of the behavior budget, crouching was responsible for 8.7% of the time spent observing. These results suggest that crouching behavior is an intention movement for jumping. 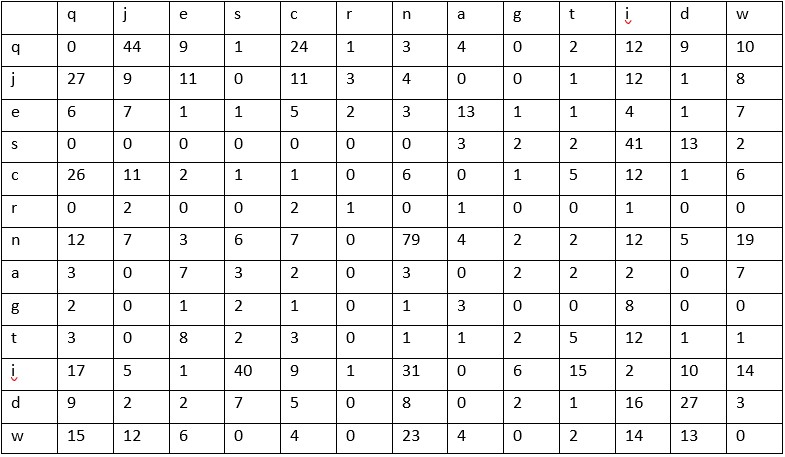 My data suggest that crouching behavior is an intention movement for jumping, which supports my hypothesis that crouching behavior helps to aid the movement between trees. The broader implications of this study are that zoo settings can be a useful tool for learning more about species with little known information, and that are hard to observe in the wild. Future studies could be done in zoos to explore more about aspects of animal behavior.