Artificial Intelligence for the Board Game Pandemic 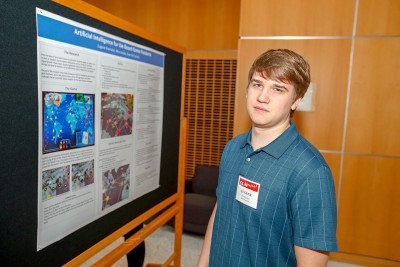 We’ve managed to teach computers to play games such as Chess, Checkers, and even Go, but certain categories of more abstract board games have been largely ignored. Specifically, there has been very little work done on European-style board games. The purpose of our research is to create a program that will intelligently play the board game Pandemic, and in the process learn about the algorithms and other challenges that making an algorithm to play this game introduces. Since Pandemic is a completely different style of game when compared to games such as Chess, this work will help us get a more thorough general understanding of artificial intelligence.

Pandemic is a co-operative board game where two to four players are given the task of curing all four of the diseases that plague the forty-eight interconnected cities on the board’s map. The players must work together to travel from city to city and prevent the diseases from spreading while simultaneously researching a cure. There has been little research done on intelligent agents for European-style board games such as Pandemic. The goal of this research is to create a program that will intelligently play the board game Pandemic, and in the process learn about the algorithms and other challenges that an automatic player program for this type of game introduces. We have created a program that enforces the rules of the game and allows a combination of both human and computer players to play. Our computer player works by executing the most effective plan out of a list of generated possible abstract plans, where a plan is an abstract notion of a combination of smaller moves. To evaluate the effectiveness of plans, the program calculates how each plan would influence the time until loss and the time until win. These two metrics are approximations of the amount of turns that it would take the players to win or lose respectively. Time until loss is calculated by simulating the game so as to count how many turns it would take to lose if the players didn’t do any actions. Time until win is calculated by using probability to get the average time it would take execute a plan that would cure all the diseases.