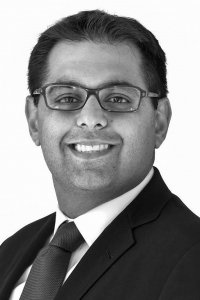 Jai is a republican strategist and frequent cable news guest. He previously served as the Senior Advisor to Governor John Kasich and worked for nearly 10 years on Wall Street for Lehman Brothers and then Barclays Capital in Investment Banking.

Jai serves on the Board of the S.O.A.P Project, an organization dedicated to ending human trafficking, and previously served on the Board of the Rock and Roll Hall of Fame and the Columbus Urban League. He appears on Fox News and Canadian Broadcast Corporation, and was previously a contributor to POLITICO’s “Insider Caucus.”  He also has spoken at the Dole Institute of Politics.

He is happy to be contacted by those interested in Politics & Government and/or Communications careers.

During his time at Ohio Wesleyan Jai was a Politics & Government major with a minor in English. In addition he was involved on campus in the College Republicans and Tennis Team.