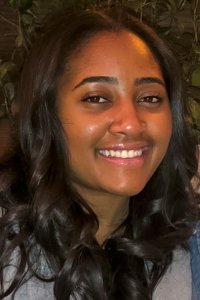 Brianna currently works in film and film production. She works primarily in the production office and assists with social media marketing on the show Blackish. She has worked with Blackish since Season 4 of the show where she first interned. It is a bit hard to put into a couple words on what her job entails as she has a lot of responsibilities, but all in all she helps to make sure that everything is in place to get the show up and running day-to-day.

Brianna is happy to be contacted by students, faculty and alumni interested in Business/Marketing/Film.

At Ohio Wesleyan, Brianna was a Business Administration Major with a Minor in Art History. She served as VP of BSU, served on Student Government, and a member of the Ohio Wesleyan Marketing Group (OMG). In addition Brianna played on the Varsity Volleyball team during her four years at OWU and received All-NCAC honors.