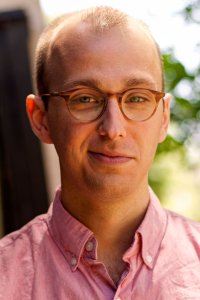 Matthew is a nonprofit development professional in Houston. He is the Director of Strategic Engagement at HSPVA Friends, the nonprofit organization that supports Kinder High School for the Performing and Visual Arts. He strategized and executed all phases of a $10 million capital campaign, including a lead gift from the Kinder Foundation. Previously, Matthew was the Institutional Giving Manager at Stages and the Director of Relationship Management at Junior Achievement of Southeast Texas.

Matthew received an M.A. in Gender Studies from Utrecht University (Netherlands) and the University of Oviedo (Spain) as part of the GEMMA Erasmus Mundus program. He completed coursework towards a Ph.D. in Performance Studies and New Media at the University of California, Berkeley.

He is a founding and active member of MMRL, a San Francisco-based art research collective working at the intersection of data visualization, digital art, and cultural analytics. MMRL has presented work internationally and was included in the 2021 Venice Architecture Biennale. Occasionally, he can be found acting and directing on Houston stages, putting his Theatre degree to good use.

Matthew is willing to speak to any student or alum of OWU, but he feels he can be of the most help to Humanities and Arts majors, especially those considering graduate school. He also would be willing to help anyone interested in nonprofit development. He is open to:

Matthew graduated from OWU in 2014. While at OWU, he lived in the Honors House, was an RA, and was a member of the honors board. He majored in Theater and Women & Gender Studies.