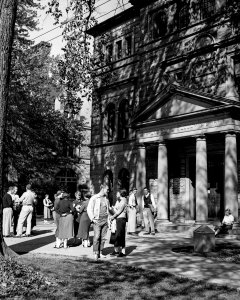 Constructed between 1895 and 1898, Slocum Hall is one of the most beautiful and iconic buildings on the Ohio Wesleyan University campus.

Sidney R. Bagdley, largely known for his beautiful churches, served as the building’s architect. The beveled and stained glass located throughout Slocum Hall was produced by Erkins Glass Co. of Cincinnati and likely designed by Albert Erkins. 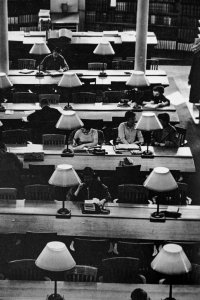 At the urging of the donor, Slocum Hall was built between University Hall and Sturges Hall in one of the most visible locations on the Ohio Wesleyan campus. Added to the National Register of Historic Places in 1985, Slocum Hall served as OWU’s main library until the current Beeghly Library opened in 1966.

As part of Slocum Hall’s next chapter, the building will undergo a yearlong, $11.25 million, donor-funded renovation beginning in July 2021 and scheduled for completion in fall 2022.

The renovation is supported by gifts including a $10 million contribution made by an alumni couple who wishes to remain anonymous. Their gift is the largest single outright contribution received in Ohio Wesleyan history.

The Slocum Hall renovation is being overseen by Setterlin Building Co. of Columbus and will include cleaning and repairing the leaded glass ceiling as well as adding air-conditioning, an elevator, restrooms, and more.

When it reopens, Slocum Hall’s residents will include the Offices of Admission and Financial Aid; the OWU Connection; and the Career Connection, which works with students throughout their time at the University to help them with internships, resumes, and additional career-readiness skills. 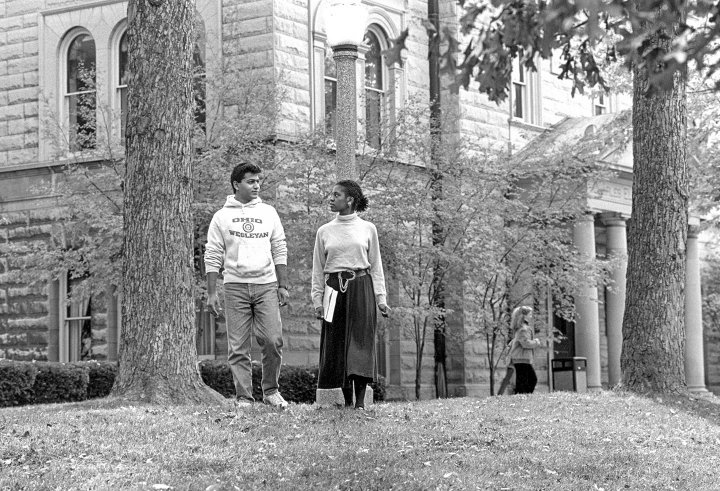 The building also will provide designated space for Ohio Wesleyan’s Honors and Scholars programs, including the Palmer Global Scholars Program, and house classroom space and a lounge/study area in the iconic Reading Room.

Learn more about Slocum Hall and other historic Ohio Wesleyan buildings at owu.edu/HistoricSites.