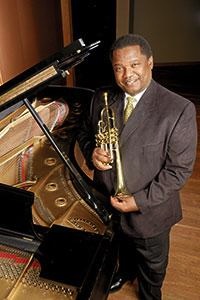 Aside from performing, Griffin maintains a private brass studio. He enjoys helping young trumpet players develop their talents and explore creativity through music. Griffin strives to provide students with an exciting environment to learn the fundamentals of music performance.

Griffin was honored with OWU’s Welch Award for Scholarly or Artistic Achievement in 2019 and the Libuse L. Reed Endowed Professorship for 2015-2017.