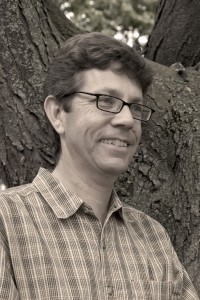 David Johnson specializes in the evolution and biodiversity of ferns and tropical trees. In the course of his work, he has visited 12 tropical American countries, two African countries, and five countries in southeastern Asia to collect and study plants. He has described more than 30 species of plants new to science and has written articles for publication in collaboration with colleagues from 10 different countries. His research has been supported by the Fulbright program, the Field Museum, and the American Philosophical Society, among others.

“I like my students to do hands-on work; to look at something, pick it up, and examine it closely. I also think students learn from working with other students, so I try to create opportunities for them to work collaboratively as much as possible.

“Our class trips to the Great Smoky Mountains enable students to observe, and learn about native trees and shrubs in temperate North America as they hike in the Park. Field experiences such as that, or being able to do research through OWU’s Theory-To-Practice Grant Program, in an institution such as the New York Botanical Garden, build understanding. I want my students to learn how to learn. Course content will stay with them for only as long as they use it. They have to have the tools to foster their own learning.

“Science education is theory to practice, and is more crucial now than ever. When I teach my students—especially non majors—I’m teaching people who one day may lead other enterprises and make important policy decisions. They all need to know how to interpret scientific data, and how science works.”