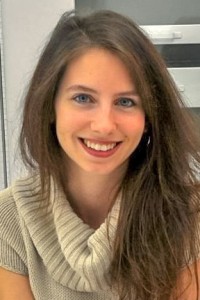 Name: Cynthia Susalla ’12
Majors: Classics and Ancient Studies
Where Are They Now: The Ancient History Ph.D. program at the University of Pennsylvania in Philadelphia

After graduating from OWU with a double major in Classics and Ancient Studies, I moved to the Boston area, where I lived for two years, completing a Master’s degree in Ancient Greek & Roman Studies at Brandeis University. During this time, I attended a summer course on cultural heritage at the Royal Netherlands Institution in Rome (KNIR), which—little did I know at the time— was to influence the course of my future studies. In 2014, I joined the Ancient History Ph.D. program at the University of Pennsylvania in Philadelphia, where I’ve lived for the past four years. While at Penn, I’ve had the opportunity to study in Budapest as well as to collaborate on the temporary exhibit Magic in the Ancient World at the Penn Museum of Archaeology and Anthropology. Currently ABD, my dissertation examines narratives of cultural destruction in pre-Christian, imperial Rome.