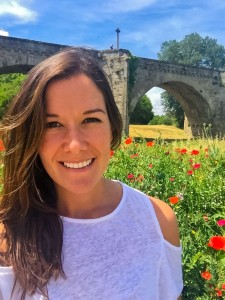 Name: Katie McGarr ’10
Majors: Classics and Humanities
Where Are They Now: Splitting her time between Connecticut and Paris, France

It started with an email that was almost deleted.

“I thought that I was receiving a request to try out a new line of ancient history textbooks, the sort of “spam” letter a Classics professor might see once a week,” recalls Lee Fratantuono, Professor and Chair of Classics.

Rather than being asked to sample the work of other scholars, Professor Fratantuono was being asked to consider writing his own series of books on the expansion of the Roman Empire across the Mediterranean world, from modern Spain to Armenia.

Fratantuono notes, “I was already deeply invested in three or four other book projects, but the idea of writing an interconnected set of volumes on Roman military history was too tempting to ignore for long…and so negotiations started.  Before I knew it, I was planning books on Roman Spain; Roman Illyria; the life and conquests of the Roman general Lucullus, and much more.  In an age when the lovely potential of the traditional book is less and less valued, it is especially welcome to have publishers with great interest in demanding projects of this sort.”

As a Classics professor, Fratantuono is trained in all aspects of ancient Greek and Roman language, history, literature and civilization.  The books he is now immersed in writing blend those interests with a passion for travel and exploration. 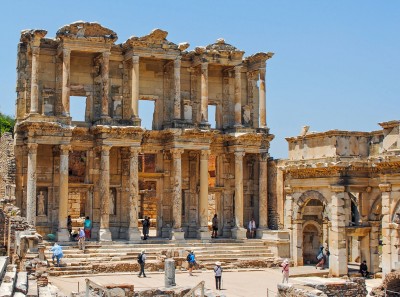 For there was one catch…each of Fratantuono’s books would require significant investment in photography from the many sites relevant to each topic.  Each volume would need to be lavishly illustrated with photos of landscapes and ruins that pictorially chronicle the rise and fall of Roman power in the Mediterranean, and the enduring legacy of the Classics in Europe, Africa, and the Middle East.

Fratantuono knew exactly who would be perfect for the job.  Katie McGarr ’10 was a Classics student in several of Fratantuono’s ancient history classes on the Roman Republic, Empire, and Alexander the Great in her undergraduate days, and she had recently decided to start up her own practice in freelance photography – “Trek Afar.”

McGarr observes, “I had traveled to Rome as an undergrad, and was able to participate firsthand in archaeological excavation – one of the most demanding and effective ways to balance the study of books and bricks.  For me, photography emerged as a means not only of preserving moments in time and of documenting experiences that were especially significant to me – but also as a vehicle for conveying to others what I thought was important and worthwhile to consider about the cultures I was exploring.”

Fratantuono remarks, “Katie’s work is exceptional in a field that is already glutted with the photos of anyone with an I-Phone or what they think is a decent camera.  I had confidence that Katie would capture the right shots at the right times to make these volumes a success.  With every new country, new island, and new city, I have not been disappointed in the quality and and originality of her art.” 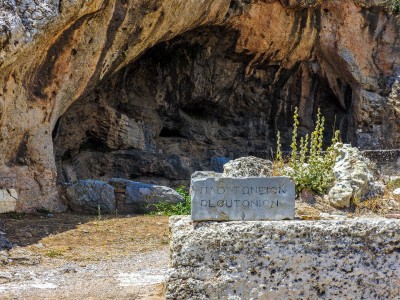 And so the deal was struck, and McGarr began her odyssey in the footsteps of Lucullus and other Roman conquerors, moving from Spain and Italy east to Croatia, Serbia, Greece, Cyprus, Turkey and Armenia.  Her knowledge of ancient Greek and Latin helped immensely in working out everything from inscriptions on ruins to modern signs in Greek.  And along the way, in discussions of the projects with Fratantuono, new ideas came to fruition.

Fratantuono recalls with amusement, “In order to work on various ancient sites, we arranged to meet in Greece, where I was researching several of the book projects, and we couldn’t help but notice one afternoon that the Acropolis was overrun by a veritable army of cats, each of them with a personality quite distinct and all its own.  Within an hour a new coffee table book proposal – ”Cats of the Acropolis” – was being drafted.  Some cats were definitely fairly insistent that they be included, while others conveyed the attitude that we needed to make a generous offer to their agents before they would consent to anything.”

While the work Fratantuono and McGarr are pursuing deals with the ancient, classical world, there is a contemporary dimension, which includes both new discoveries and new ways of looking at old problems.

McGarr comments, “I was in Arles, Provence at just the time when new Roman mosaics were being discovered – and then when I was in the Eastern Mediterranean, a new statue of the goddess Cybele was unearthed…The spread of Roman culture from a small village on the Tiber as far as distant Spain and Ireland in the west and Turkey and Armenia in the East offers a virtual laboratory in which to observe the mechanisms of change and development across time and space.  A particularly rewarding experience is witnessing the evolution of daily life and culture amid the relics of the past, of seeing firsthand the experience of village and city living in the shadows of classical remains.  Conversations and interactions with locals and expatriates alike allow for a more nuanced appraisal of the literary and historical records of Mediterranean lands – and a deeper insight into the philosophies, motivations, and inspirations of those who erected the monuments that I endeavor to capture on film and video.” 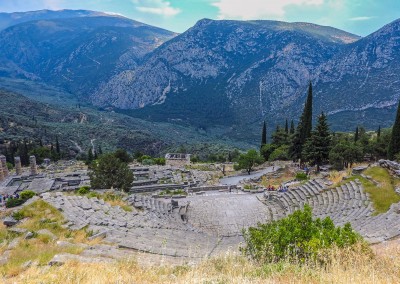 The first product of the collaboration of Fratantuono and McGarr will be an illustrated edition of Book 16 of Tacitus’ Annals, due to be published early in 2017 – to be followed later in the year by the release of the Lucullus book.  Several additional volumes will follow at regular intervals, including a project on the mad emperor Caligula’s military misadventures in what is today France.

Fratantuono concludes, “Katie’s work is first rate, and this has been a true Ohio Wesleyan production, with roots that go back years to discussions in Slocum Hall classrooms.  It is wonderfully gratifying to have publishers rave about projects, and a great problem to have when editors want more and more beautifully illustrated volumes.  And none of this would be possible without Katie’s eye for the best way to make the passing and ephemeral timeless and immemorial via the magic of lens and film.”