The Classics Senior Book Prize is awarded to a senior Classics major who, in the judgment of the Classics faculty, has rendered exceptional service to the Classics department by scholarship and active participation in the life of the department. Recipients of the Classics Book Prize typically receive a copy of the Oxford Latin Dictionary or the Greek-English Lexicon; many award winners go on to use these valuable reference books in graduate work in Classics studies.

The Dwight Nelson Robinson Prize is awarded for the furtherance of the classical education of an Ohio Wesleyan undergraduate in Classics.

Dwight Nelson Robinson was a long-serving Professor of Classics at Ohio Wesleyan. Funds from the endowment in his name serve to assist Wesleyan Classics majors in the pursuit of graduate degrees in Classics.

The Robinson Prize is awarded to a senior Classics major who has been admitted to a graduate program in Classics or a closely allied field (ancient history; classical archaeology). 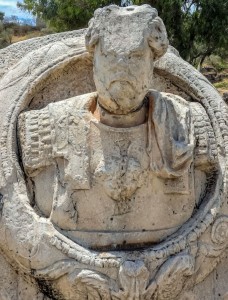 The Dorothy Herbst Prize supports summer (usually) study and travel in Europe, North Africa, and the Middle East that is related to Classics and to the study of classical antiquity. Students may apply individually or in small groups with project proposals that connect in some way to the work they have done in the Classics department.

* Classics seniors will be automatically considered for the senior prizes and awards that are available to our graduates.