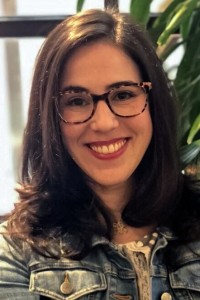 Michal Raizen received her Ph.D. in Comparative Literature (Contemporary Arabic, Hebrew, and Francophone literatures) with a sub-specialty in Ethnomusicology from the University of Texas at Austin in 2014. Trained as a classical cellist, Raizen’s musical background has played a significant role in her interdisciplinary approach to teaching and research. Her book project, Exile Got Your Tongue: The All-Stars of Arabic Song and the Literary-Acoustic, identifies a burgeoning literary and cinematic phenomenon characterized by a robust intertextual engagement with the repertoire, iconicity, lives and acoustic afterlives of the great twentieth-century performers of Arabic music. These musical personalities constitute some of the most overdetermined cultural signifiers in the Middle East. The radically unscripted ways of hearing and interpreting their art, however, casts music as a site where meaning is perpetually done and undone. With a focus on minority voices, her project looks at the ways in which such communities recognize and refigure their own narratives from within an ideological and acoustic sound wall.

Raizen was a 2011–2012 fellow at the Center for Arabic Study Abroad at the American University in Cairo. This year of intensive Arabic study in post-revolution Cairo was pivotal in shaping her research interests. She is currently working on an article titled “Jerusalem Writes, Cairo Translates, Berlin Reads: Hebrew-Arabic Translational Communities in the Digital Age.” This article probes the heuristic dimension of current Hebrew-Arabic translation practices and ask how the idea of translating the literature of the other in order to better understand the self might engender translational communities that transcend geopolitical borders.

Hebrew-Arabic translation in the age of digital textuality, gender and sexuality in the literary arts of the Mediterranean, the Arab-Jew in literature and film, Lebanese and Palestinian exilic narratives, musico-poetic diasporas, graphic and experimental literatures of the Middle East and North Africa, and post-Arab Spring visual poetics in Egypt.