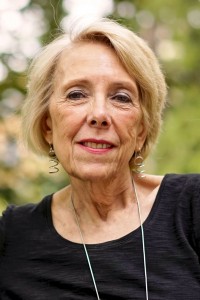 In memory of
Sally Livingston

Sally Livingston received her Ph.D. in Comparative Literature from Harvard University in 2008, returning to academia after a long career in investment management. Her dissertation was titled Owning Property, Being Property: Medieval and Modern Women Shape the Narratives of Marriage.

She taught numerous courses at the intersection of literature, history, and economics at Hampshire College and Harvard, where she was Lecturer on History and Literature and on Comparative Literature.

Her book, Marriage, Property, and Women’s Narratives, was published by Palgrave Macmillan in April 2012.  At the time of her passing, she was almost done with her new book project, Subversive Narratives: Fairy Tales, Fables, and Frame Stories.

In her spare time, she was an avid Red Sox fan and a curious watcher of reality television shows.

The Department of Comparative Literature will be ever grateful for her contributions to our academic community. She is very much missed.