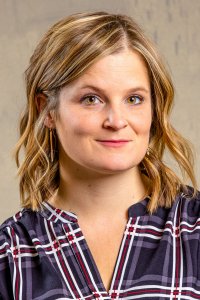 Amy Butcher is an award-winning essayist and author of the forthcoming Mothertrucker (Little A Books, 2022), which Publisher's Weekly calls "tender and gripping" writing, "[Mothertrucker] explores myriad issues with nuance and grace, including Indigenous rights, violence against women, religious hypocrisy, and environmental concerns." Kirkus Reviews calls the book "a searching and deeply empathetic memoir" and "a sobering reflection on verbal and psychological abuse, Butcher’s book honors the healing power of female friendship and questions the nature of divinity beyond its constricting patriarchal manifestations." In July 2019, the book was optioned for film development by Makeready with Primetime Emmy-winning Jill Soloway directing and Academy and Golden Globe-winning actress Julianne Moore in a starring role. In February 2020, Golden Globe nominee Beanie Feldstein signed on to play Amy. Also in February of 2020, excerpts of Mothertrucker were awarded an Individual Excellence Award by the Ohio Arts Council, with judges calling the book "well researched," "very well-written," and "a positive antidote to the trauma of violence against women."

Additional essays have appeared recently in Granta, Harper's, The New York Times "Modern Love," The New York Times Opinion Pages, The Washington Post, The Denver Post, The American Scholar, The Iowa Review, Lit Hub, Guernica, Gulf Coast, Fourth Genre, and Brevity, among numerous other magazines and journals. Her 2018 essay, "Women These Days," was listed as a Best Of 2018 essay by Entropy Magazine and nominated for a Pushcart Prize and for inclusion in the Best American Essays series by the editors at Brevity Magazine, and her forthcoming essay "Flight Path" was awarded grand prize in The Sonora Review's flash prose contest by guest judge Nicole Walker. Additional recent work has been featured on BBC Radio and National Public Radio, anthologized in The Best Of Brevity: Twenty Groundbreaking Years of Flash Nonfiction and Beautiful Flesh: A Body of Essays, and awarded grand prize in the 2016 Solas Awards' "Best Travel Writing" series and the 2014 Iowa Review Awards as judged by David Shields. Her essays have also been awarded notable distinctions in the Best American Essays series of 2015, 2016, 2017, 2018, 2020, and 2021. Additional essays have twice been nominated for Pushcart Prizes and anthologized in Best Travel Writing 2016, The Best of Vela, Writing True: The Art and Craft of Creative Nonfiction, and The Soul Of A Great Traveler. Additional work has earned finalist distinctions in contests sponsored by Tupelo Quarterly, American Short Fiction, and Hunger Mountain, among others.

In 2016, her New York Times op-ed, "Emoji Feminism," inspired Google engineers to create thirteen new female-empowered emojis, accepted by the Unicode Emoji Subcommittee and included in software packaging on all smartphones internationally. In August 2017, these emojis were nominated as Design of the Year by the Design Museum in London, where they were on display alongside a hijab designed by Nike, Wolfgang Tillmans’ Remain Campaign for the Brexit referendum, a furniture line made from molten lava, a 3D printed self-driving bus, and items from Kanye West's clothing line, among other artifacts. Previous winners have included the 2012 Olympic Torch and Human Organs-on-Chips, a micro-device lined with living human cells to mimic the complex tissue structures of the human body.

The recipient of grants and awards from the Ohio Arts Council, the Vermont Studio Center, the Virginia Center for Creative Arts, the Kimmel Harding Nelson Center for the Arts, the Stanley Foundation for International Research, Colgate University, and Word Riot, Inc., she spends her summers teaching writing at the Iowa Summer Writing Festival and the award-winning Sitka Fine Arts Camp in Sitka, Alaska. She has three rescue dogs, beautiful beasts, who often join her for office hours on campus. 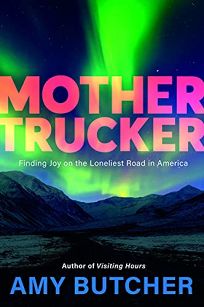