He was a winner of both the Schloss Leopoldskron competition in Salzburg, and the West Palm Beach Opera Competition. Locally, Hiester is involved with Columbus Opera as Chorus Master.

Hiester’s contribution to the many fields of vocal music is varied and exemplary. He is an active conductor and has directed all levels of singers from children to professional in numerous works ranging from medieval to contemporary. Most recently, he created and produced an emotional, multi-sensory, multi-media performance of Civil War-inspired music, poetry, and dance in Delaware called Civil War Reflections, which was highly regarded by all in attendance. 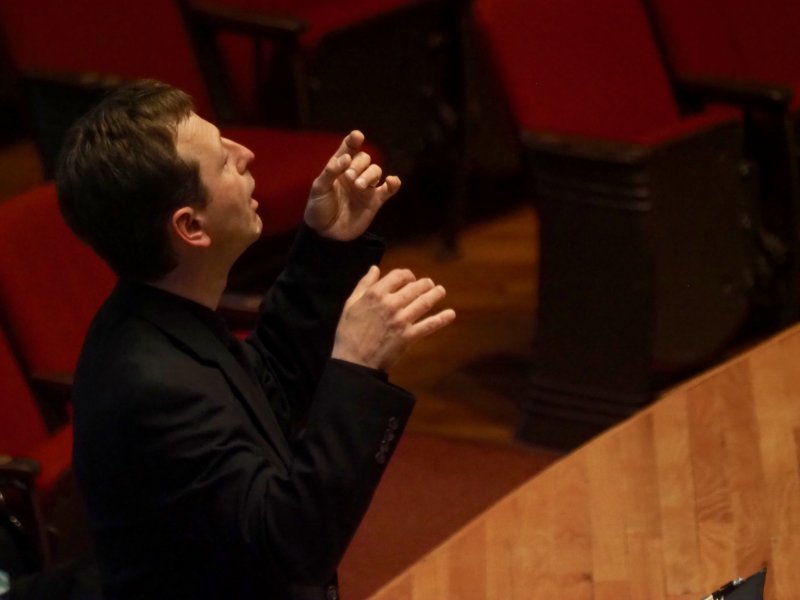 In his desire to support and create conservatory- level experiences for the students at OWU, Hiester implements and directs an international summer program for vocal students in Salzburg, Austria, every other summer, a program made possible by an OWU Theory-to-Practice Grant both in 2010 and 2012.

Hiester enjoys woodworking, riding his motorcycle, golf, and spending time with his wife and four children.