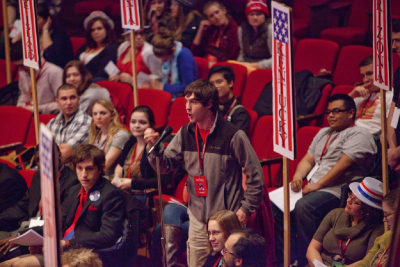 The Mock Convention brings together students, faculty, staff, alumni, elected officials, and community members (all with a variety of different beliefs and interests) to debate a party platform and candidate for whichever political party is currently out of power. Join us this year for a Democratic Convention, in which we will take on the roles of Democratic Party members and debate the potential future of the Party. The 2016 Republican Mock Convention nominated former Governor of Ohio, John Kasich, and former U.S. ambassador to the United Nations, Nikki Haley, for Present and Vice President, respectively. 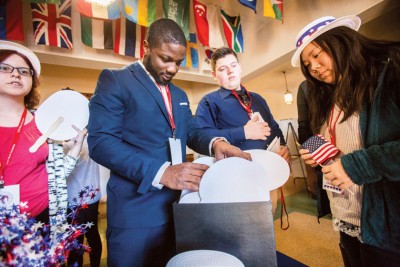 Along with speeches from invited guests, musical performances and videos, Friday evening will be devoted to a discussion of the platform, with Saturday devoted to the nomination of candidates:

Do you have your credentials?

Credentials are not only a souvenir of participation – you need them to get anywhere on the convention floor!