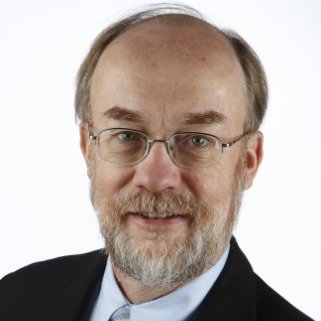 A nominee for the Pulitzer Prize in 2004 and a recipient of the Carol Burnett Journalism Ethics Prize, Paul Kostyu returned in 2013 to OWU full-time after 13 years as a statehouse reporter in Ohio for three national media chains.

Kostyu’s first tenure with OWU stretched from 1990 to 2000, during which he was recognized for his research in media law and journalism history. He remained an adjunct professor in the department from 2000 to 2013 while working for Copley Newspapers, GateHouse Media, and Gannett Media.

During that period, he was the recipient of many state, regional, and national awards from the Associated Press, Society of Professional Journalists, Association of Environmental Journalism, and Capitol Reporters and Editors for investigative reporting, breaking news, feature writing, and use of pubic records. His stories have resulted in convictions of public officials and changes in state law.

In 1999, National Geographic Magazine named Kostyu a fellow at its Washington, D.C., headquarters. In 1995, he participated in the Institute for Journalism Excellence. He also served a six-month fellowship at the Kiplinger Program in Public Affairs Journalism at The Ohio State University.

During his career, Kostyu worked for papers in Ohio, Michigan, and North Carolina. He’s also dabbled in public relations and received awards for his writing. Kostyu also taught at OSU and Bowling Green State University.