The Ohio Wesleyan University Marching Band Festival is an educational event for high school bands of all sizes and styles.

Our festival offers a 20-minute clinic for each band section led by a distinguished marching arts clinician immediately before the entire band performs within the solid stone walls of Selby Stadium. Clinicians and adjudicators consist of expert band directors, DCI techs, and college instructors. Each clinic will focus on a fundamental performance technique for band members of any style, enrollment size, or ability level immediately prior to their full band performance.

No SD cards are required! All band directors will receive helpful instructional materials after the festival including:

Directors: Apply HERE for free while time slots still remain! Directors will receive acceptance or waitlist confirmation within 2 weeks of submitting an application. A registration fee of $150 is due upon receipt of confirmed acceptance for all participating bands (payable online, or by check).

Sectional clinics begin approximately 1 hour after a band arrives, unloads, and uses its designated warm-up area. The combined time from beginning of clinic till end of full band performance is approximately 40 minutes.

The festival schedule will be structured to reserve later time slots for bands who plan to participate in the festival closing ceremonies, including a mass band performance. Bands who do not participate in the closing ceremonies are still welcome to apply, but they will be placed in the early to mid-day performance schedule. Please note: ensemble size will be considered, however, prioritizing by availability and mass band participation means that some schools may not be grouped by size or style.

By August 22, directors will receive final instructions for parking, unloading, warm-up area logistics, and a detailed festival itinerary. You'll also be invited to update program information regarding:
a.) Show Repertoire
b.) Band staff, student leaders, and soloists (if applicable)
b.) Confirmation of festival participation time and adjudicator feedback selections

Admission to Selby Stadium is $5 for all guests 6 years of age or older (cash or charge).

Henry Street will be closed to the public on the north at Selby Stadium and on the south at Harrison Street. Only band busses, trucks, trailers, VIPs, and disability guests will be allowed past the road closures to park.

Check in and parking for all band buses is at the Meek Aquatics and Recreation Center. Trucks and trailers for props, front ensemble, and field equipment can be parked and unloaded at Selby Stadium.

Refreshments including pizza, soft drinks, water, popcorn, and candy are for sale at the Selby Stadium home side concession stand. Cash only. 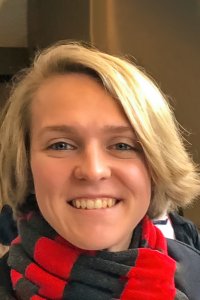 Cassandra McCall: High Brass
Cassandra McCall is in her second year as the Director of Bands at Shelby City Schools in Shelby, OH. Cassandra teaches band for grades 6-12 and conducts the Shelby High School Jazz Ensemble, Concert Band, and Symphonic Band. She serves as head director of the Shelby Whippet Marching Band. Prior to working at Shelby, Cassandra worked as the Director of Bands at Northridge Local Schools in Johnstown, OH for two years. Under her direction, Cassandra's students and ensembles have received superior ratings at OMEA Marching Band and Large Group Adjudicated Events for both the district and state levels.

Originally from New Jersey, Cassandra moved to Ohio for college and has loved living here ever since! She holds a bachelor degree in Music Education from The Ohio State University, where she was involved in many ensembles including the Wind Symphony and The Ohio State University Marching Band. Cassandra also marched in the Phantom Regiment Drum & Bugle Corps from 2014-2016 as a member of their trumpet section.

Jeremy Smith: Low Brass
Jeremy Smith teaches trombone, euphonium, and tuba at Ohio Wesleyan as a professional musician and brass educator based in Central Ohio. He is currently completing his doctoral studies in trombone performance at The Ohio State University. Previously, Mr. Smith completed his Master of Music degree in Trombone Performance at Carnegie Mellon University and received a Bachelor of Music degree in Instrumental Performance from Grace College. As a performer, Jeremy is the bass trombonist for the Huntington Symphony Orchestra and has performed with numerous ensembles including Orchestra Iowa, Opera Project Columbus, and the orchestras of Youngstown, Mansfield, New Albany, and Knox County. To round out his performing and teaching, Jeremy is the founder and editor of Last Row Music. With over 10,000 monthly website visitors, Last Row Music contains a listing of current brass auditions as well as news, links, and articles that inform all brass musicians around the world. 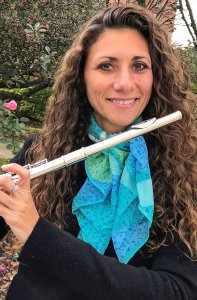 Renee Simon: Flutes & Piccolos
Renee Simon is a flute and piccolo specialist who regularly performs in both solo and ensemble engagements. She provides private instruction on flute, clarinet, saxophone, trumpet, trombone, baritone horn, piano, guitar, and ukulele. Additionally, she advises and directs soloists and small ensembles. She also teaches music theory. Ms. Simon began her music career in northwest Ohio, where at the age of 15 she performed with the local symphony orchestra in Perrysburg, Ohio as 2nd flute and piccolo. At the age of 16, while still attending high school, she opened her first private studio, where she taught flute, clarinet, saxophone, and trumpet. Since receiving her Master of Music degree in performance from Ohio University, she has performed with the Ohio Valley Symphony, Reynoldsburg Community Band, Wind Talkers Woodwind Quintet, and as a soloist with the Women in Music of Columbus. While Ms. Simon’s training began with Classical Western Music, she now includes avant-garde, jazz, and popular music in her expanding repertoire—including new music techniques and an eclectic range of styles. Her students have received high honors at solo and ensemble contests and won music scholarships from Bowling Green State University, Ohio State University, Ohio Wesleyan University, and Ohio University. Ms. Simon is currently providing weekly instruction at the Delaware Music Academy in Delaware, OH and performing regularly in Chicago, IL. 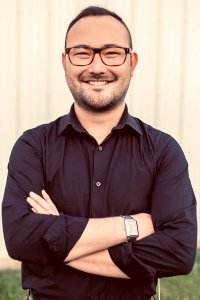 Yuji maintains an active schedule performing with several community ensembles including the Winds of Ohio (WoO), Marion Palace Theatre Big Band, and the Marion Community Concert Band. He has also served as a guest clinician for Ohio area school bands, band festivals, is an active honor band conductor, and presented at the Ohio Music Educators Association (OMEA) state conference on multiple topics. Yuji is a member of the Diversity, Equity, Inclusion, Access, Antiracism Committee for OMEA and believes that everyone has a place in making music, no matter their background.

Yuji also serves as the Education Coordinator for the Maryland Chamber Winds. He is responsible for having MCW artists engage with music students throughout Maryland via original and unique educational experiences. Students have worked with MCW artists both virtually and in-person, connecting them with our musicians who hail from across the U.S. 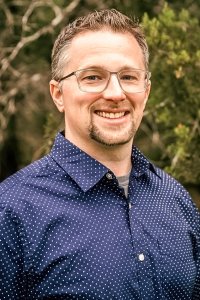 Chris Lizak: Battery Percussion
Dr. Chris Lizak is thrilled to be joining the OWU program!  Dr. Lizak most recently served as Assistant Band Director and Percussion Instructor at Lyndon B. Johnson and The Liberal Arts and Science Academy High Schools in Austin, Texas for 7 years.  Prior to this, Dr. Lizak was on faculty at Trine University, where he directed the jazz bands, percussion ensemble, assisted with marching and concert bands, and taught percussion lessons.  Born and raised in Cuyahoga Falls, Ohio, Dr. Lizak earned his Bachelor of Music from The Ohio State University, the Master of Music from Northwestern University, and finally the Doctor of Musical Arts from The University of Texas at Austin. 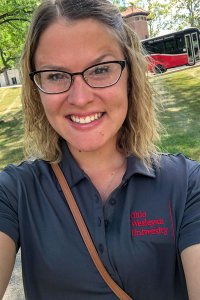 Kortney Reed: Color Guard
Hello everyone! My name is Kortney Reed and I am the Auxiliary Instructor for the Marching Bishops! I grew up in Delaware, Ohio where I graduated from Delaware Hayes in 2013. I then attended Kent State University where I graduated with a Bachelor's Degree in Business Management with a minor in Human Resources. I have been in auxiliary since 2009 and started instructing in 2018 and have loved every second of it! 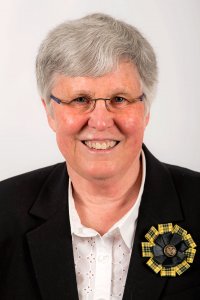 Nancy Ditmer
Nancy Ditmer is Professor Emerita at The College of Wooster in Wooster, Ohio, where for 35 years she served as Professor of Music and Coordinator of Music Education, retiring in August of 2019. Her duties at Wooster included teaching conducting and music education courses, conducting the symphonic band, and supervising student teachers. She also directed the Scot Marching Band for 27 years and served as Chair of the Department of Music from 2011-2014. Ms. Ditmer founded and for 21 years directed the Wooster Music Camp, a summer experience for middle and high school band and orchestra students. An active member of the Ohio Music Education Association, she served as Editor of TRIAD, the official publication of OMEA (1991-1993); President from 1996-98; Government Relations Chair (2004-06); State Advisor for the Ohio Collegiate Music Education Association (2000-2012); and Chair of the Memorial Scholarship Committee (2006-2016). She was the recipient of the 2006 OMEA Distinguished Service Award, the highest honor bestowed by the organization. Ms. Ditmer completed a two-year term (2002-04) as President of the 10-state North Central Division of the National Association for Music Education and in 2008 was designated a Lowell Mason Fellow by this organization. She served as President of NAfME (2012-2014), as Chair of the Council of Past National Presidents, and was a member of the Board for the Give a Note Foundation. In April of 2016, she was the recipient of the Alumni Achievement Award at her undergraduate alma mater, Capital University, in recognition for notable accomplishments in her profession as well as service to the University and contributions to humanity. 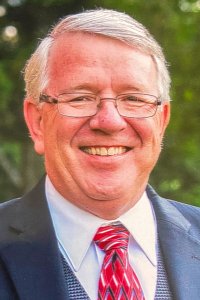 After a successful 30 year teaching career in Ohio Public Schools, 26 at Marietta City Schools, he taught at Marietta College for 14 years, achieving the rank of full professor and chairman of the Music Department. While teaching at Marietta College, Professor Kimball was awarded the Freshman Advising Award, the Innovative Teaching Award, The Putnam Outstanding Service Award, the Harness Outstanding Educator award and was nominated twice for the McCoy Professor Teaching Award.  In April 2018, he received the Lifetime Achievement in Music Award from the Ohio University School of Music. He was the recipient of the 2020 Governor’s Award for Arts in Ohio, Music Education division. Following retirement from Marietta College, he worked part-time as a music consultant to the Music Department for 2 years.

During his time at Marietta College, the Marietta City Schools Middle School and High School Band program was recognized for its excellence.  Consistently receiving superior ratings in OMEA events in marching band, large group concert and solo and ensemble evaluations, the band program population grew to an enrollment of 450.  The MHS marching band, known fondly as The Wall of Sound, also completed in the Bands of America regional and national marching band competitions from 1984 until his retirement from public education in 2001.  During that time the Wall of Sound, was a national finalist in 1987 and 1992, and received outstanding music, outstanding visual, and esprit de corps awards.

He has served as a guest conductor and clinician numerous times and has judged marching bands in the State of Washington, Oklahoma, Ohio and Indiana.

He and his wife, Marcia, reside in Marietta, and will celebrate their 50th Anniversary in December of this year. The Kimballs are proud to have two grown sons, Christopher (Jill) and Jeremy (Leah).  Adding joy to their lives are their grandchildren: Kalyn, Casey, and Solomon and of course their fur babies, Pippa and Pearl. 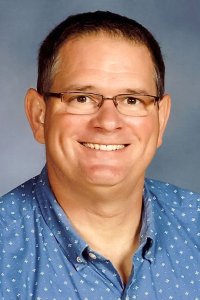 Craig Porter
Craig Porter is the Director of Bands at Big Walnut Local Schools in Sunbury, Ohio where he has served in that position since 2002. Previously, he was the Assistant Director of Bands at Philo High School in Southeast Ohio for nine years. A 1993 graduate of Bowling Green State University with a Bachelors of Music, Mr. Porter also has a Masters in Geography Education from Arizona State University. Mr. Porter is active in the Ohio Music Education Association and serves as a brass, large group and marching band adjudicator. His bands regularly participate in OMEA adjudicated events.

Please feel free to contact us should you have specific questions regarding your participation: