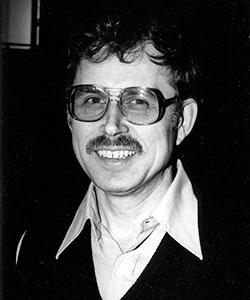 North Manchester, Indiana was home to Lowell Thomas Dillman for the first twenty-two years of his life, including his four years as an undergraduate at Manchester College where he majored in physics and mathematics. During the pre­Sputnik era science departments in liberal arts colleges were small, so all of Tom’s upper-level physics courses were taught by Manchester’s sole physics professor on an independent-study basis.

Upon graduation from college Tom Dillman entered the University of Illinois at Urbana-Champaign where he began his scientific career in experimental nuclear physics. Tom’s research continued in parallel with his teaching career through collaborations with physicists at Oak Ridge National Laboratory. Their work focused on characterizing nuclear radiation dosages and resulted in three comprehensive books of data on radionuclides and their decay schemes that are key reference works for the nuclear medicine and radiation protection communities.

In 1958 Tom Dillman joined the faculty at Ohio Wesleyan University. His forty years of teaching at OWU are among the longest in the college’s 156-year history. Early on he understood the role that computers were destined to play in education. His innovative use of computers in the physics laboratory as well as for desktop publishing won him grant money and provided students with state-of-the-art resources. But Tom’s most impressive achievements are those that reflect his quality of service. Through his lectures he conveyed a love of physics, a demand for rigor in problem solving, and an injunction to attain one’s very best in all endeavors.  His high expectations, most notably those in the electronics courses that he developed, drew countless hours of work from students, which resulted in their mastery of conceptually difficult ideas and crucial analytical and laboratory skills.

But Tom’s expectations were higher for no one than for himself.  Whether developing a new laboratory, preparing example problems for a lecture, or writing a Mathematica notebook, he was not satisfied until all approaches had been considered thoroughly and the presentation polished-even if the task was not completed until shortly before dawn.  Such dedication has won the admiration and affection of four decades of Ohio Wesleyan physics students and the recognition by the OWU faculty in the form of the 1978 President Herbert Welch Teaching Award.

Tom found time beyond his classes for investing himself. He was rarely without a university committee assignment. He has been quite active in the Unitarian Universalist Fellowship in Delaware. Colleagues and friends often see him at the gym or jogging during the week and on his bicycle on weekends. For many years he pedaled to Portsmouth and back as part of the Tour of the Scioto River Valley.

Consistent with his liberal arts heritage, Tom Dillman’s interests extend well beyond the borders of physics.  He and Mary Alice, herself a scholar and teacher of American literature and composition, reared four children whose career accomplishments reflect the Dillmans’ appreciation of art and scholarship: a concert violinist and a political scientist, both college professors, a chemist, and a neurophysiologist.

Written by Barbara S. Andereck, Professor of Physics and Astronomy