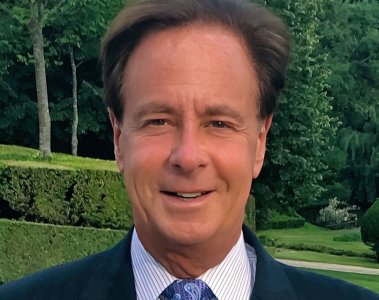 Matthew Tabenken ’80, joined Sazerac Company, Inc., as state manager for ME/ NH/VT. He will manage their sales and marketing initiatives and relationships with state liquor commissions, their broker network, and large volume chain accounts. Sazerac is a leading global producer of distilled spirits and markets brands including Fireball Whiskey, Mr. Boston, and Platinum 7X Vodka. Matthew has over 20 years’ experience in the wine and sprits industry and for the past 12 years was ME/NH/VT sales manager for Moet Hennessy. Originally from Bangor, ME, he lives in Falmouth, ME, with his wife Joyce and daughter Lily. (5/22) 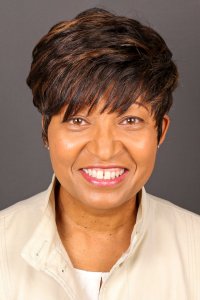 Imogene Gregory Johnson ’80 was appointed as OWU’s director of human resources. She has more than 20 years of experience in HR management, most recently at her own company, Strategically Driven HR Consulting LLC. At OWU, Imogene will be responsible for planning, developing, and implementing programs for administrative and support staff. (12/21)

Pete Geyer ’81, as founding sponsor of and advisor to the Paris-based women’s cycling activism group Donnons des Elles au Vélo (recognized by the United Nations and European Parliament), played a key role in the return, scheduled for July 2022, of the first official women’s Tour de France in 33 years. (5/22)

Tom Neel ’81 was named the New London (Ohio) Rotary’s 2021 Citizen of the Year. Tom co-founded the New London Area Historical Society in 1985 and has served as president since then. He retired this year after 37 years as director of the Ohio Genealogical Society. (12/21)

‘Never Wing It, Always Bring It’

These types of moments are unforgettable, but it’s an Ohio Wesleyan memory that also makes Pam’s blood pump. “I remember walking down a long hallway in Edwards,” she recalls. “My clogs were loud on the wooden floors. From one of the offices I heard ‘Bledsoe!,’ and I knew I had to answer.” That voice belonged to Harriet Stewart, and to this day, the memory raises Pam’s blood pressure. “But in a good way,” laughs Pam.

“Growth happens when you’re uncomfortable,” she says. The willingness to move beyond her comfort zone is a quality Pam learned through OWU athletics. She credits Laura Pierce Bump ’58, Mary Parker, and Harriet Stewart, who all served in a variety of coaching, faculty, and administrative roles at OWU, with challenging her to be her best.

“They were trendsetters in pushing for equality in sports, and it’s why I remember them all 40 years after graduation.”

At OWU, Pam was a field hockey, softball, and track athlete. “There was no women’s soccer team,” she says. “But I took a class with Jay Martin, and he put me on the path to soccer. He also pushed me, and I knew I had a strong foundation to build on. I still have the notebook from his class.”

As a soccer coach, Pam chose a difficult path for her players—a schedule that was considered among the toughest in the state.

“I certainly could have scheduled a 16-0 season, but we wouldn’t have learned much,” she says. “I schedule for two seasons, and I wanted us to face formidable opponents. Win or lose, we’ll learn something.”

Chagrin Falls ended its season at 18-3-2 with a 4-2 victory in the state championship game, won 4–2 on penalty kicks. Pam is enjoying her team’s success, but says she won’t know for some time how good a coach she really is.

“We’ll see what my students do—if they contribute to the greater good, if they give back, if they turn out to be good coaches,” Pam says. “That’s how I’ll know I’m a successful coach.”

Her advice to current female student-athletes considering a career in coaching is to never stop preparing. “Be a student of the game,” she advises. “Never wing it. Always bring it.” (5/22)

Deborah Venesy ’82 was named the 2022 president of the American Academy of Physical Medicine and Rehabilitation. She has volunteered for AAPM&R since the early ’90s, most recently serving as vice president and president-elect. Deborah is currently the senior staff physician in the Center for Spine Health at the Cleveland Clinic. (5/22)

Anthony Knight ’83 had his work “No Cowards in Our Band,” a musical drama based on the life and work of abolitionist Frederick Douglass, premiere on WCNYTV in Syracuse, NY. (12/21)

Kara Trott ’83 was named one of 2022’s Top 25 Women Leaders by Modern Healthcare magazine. The award recognizes leading female healthcare executives who are “developing policy, leading change, and guiding healthcare delivery improvement across the country.” Trott is the founder and board chair of Quantum Health, the industry-leading healthcare navigation and care coordination company. She founded Quantum Health in 1999 as the first-of-its-kind consumer care coordination and navigation company focused on providing employees of self-insured employers a more effective and satisfying healthcare experience. The company has grown to more than 1,600 employees serving more than 400 self-insured employer clients and more than 2 million members. Trott also serves on OWU’s Board of Trustees. (5/22)

Laura Staley ’84 became a featured contributing writer and then columnist with BizCatalyst360, an award-winning, multimedia digest. Laura writes personal essays focused on self-discovery, Feng Shui, emotional health, and transformations from the inside out. In September 2021, Laura became a columnist for the OWL magazine with Sacred Stories publishing. In her column, “Write for Good,” Laura offers meaningful, informative articles about spiritual growth, self-discovery, and emotional wellness. She also founded Cherish Your World and has authored four books. She lives in Black Mountain, NC, and can be found on LinkedIn, Facebook, and www.cherishyourworld.com and oveyourspaceloveyourlife.com.

Courtney Lowe ’86 was promoted from marketing and business development chief to president of the Woodstock Inn and Resort in Vermont. He is a longtime hospitality industry executive who joined the Woodstock Inn in 2010. (12/21)