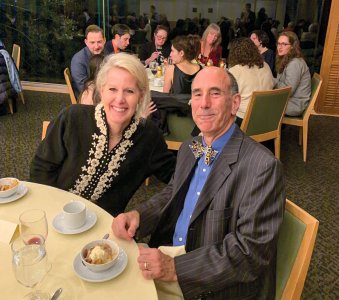 Amelia Haley Perez ’90 seated with professor Michael Koortbojian, chair of the department of art and archeology at Princeton University, attended the James F. Haley Memorial Art Lecture Series and dinner at Princeton on Dec. 4, 2019. This event was established in 1990 in memory of Amelia’s uncle, Jim Haley ’50, by her father, William R. Haley ’45. (12/21)

Nancy Laird ’92 is in her 22nd year working at Harvard University. In September she joined the Harvard Art Museums as the director of finance. She lives in Boston. (5/22) 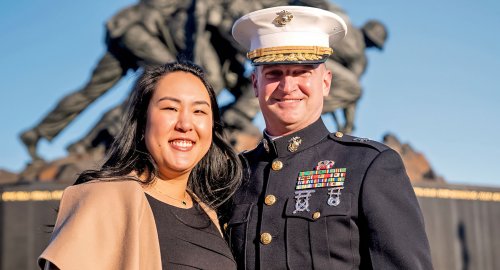 Doug Pierson ’92 received two exceptional honors. First, he was promoted from brigadier general to major general of the U.S. Marine Corps Reserve. He is currently Deputy Commander, Marine Forces Cyber Command, Joint Task Force- ARES, and Joint Force Headquarters-Cyber. Doug is pictured at the promotion ceremony with his wife, Maggie, and they were joined by their children, 1-year-old Mason and 4-year-old Olivia. Also, Sigma Chi fraternity presented Doug with the Significant Sig Award, one of the fraternity’s highest honors, which recognizes alumni members whose exemplary achievements have brought honor and prestige to the fraternity. (5/22) 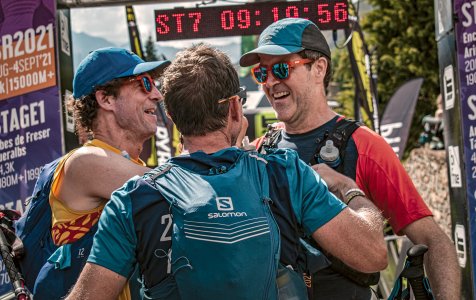 William Day ’93 was featured in Tainted Magazine for his artistic work, particularly its escapist themes. “His painting practice, existing at the intersection of intuitive abstraction and the calculated nature of architecture, channels our desire to get lost and provides us a path to do so,” the article says. “Through large-scale immersive paintings, Day’s abstraction is inspiring change and building a community of creativity.” (5/22)

Linda Dale Price ’94 was recognized as an outstanding teacher by the Ohio Council of Teachers of Mathematics and awarded the Myrtle Miller/Marijane Werner Award during the OCTM annual conference in October. Linda is a math coach with Troy City Schools. She and her husband, Jeff, live in Piqua, OH, and have a daughter in college and a son in high school. (5/22)

Melanie Fuller ’95 was hired by Arvest Bank as president of digital banking solutions. Previously, Melanie worked in a variety of leadership roles for JPMorgan Chase, including as the executive director of strategy and operations. (5/22)

Julie Kenney ’95 was welcomed as principal of McKinley Elementary School in Marion, Ohio. She brings 17 years of principal experience from Cardington School District. (12/21)

Shawn Montgomery ’95 was named vice president of operations at Nth Cycle, a metal processing and recycling technology company in Boston, MA. His 25-plus years of industrial experience includes the past 17 with high-tech startups such as 7AC Technologies and Seldon Technologies. (12/21)

LaTida Smith ’96 was appointed president of the Winston-Salem Foundation, a community foundation serving the greater area of North Carolina’s Forsyth County. LaTida is the current president and CEO of the Moses Taylor Foundation, where she built their grant-making strategy and defined the foundation’s role in improving the region’s health. (12/21)

Steven Steinhilber ’97 was named president of Luther Rice College and Seminary in Lithonia, GA. He is an alumnus of the school and most recently served as Luther Rice’s executive vice president. (12/21)

Karla McCain ’98 was named provost at Blackburn College in Carlinville, IL. She will be part of the schools’ leadership and provide administrative oversight for the college’s academic divisions and more. She spent nearly 20 years at Austin College in Texas as associate vice president for academic affairs and professor of chemistry. (12/21)

Karla Chipelo McClain ’99 was named the 2021 Connecticut American Choral Directors Association Choral Director of the Year. Now in her 23rd year teaching music, she currently teaches choir and music integration at Irving A. Robbins Middle School in Farmington, CT. Karla also is assistant director of Laurel Music Camp and is an active presenter at conferences. She lives with her husband and two children in Cromwell, CT. (5/22)

Maggie Smith ’99 had her latest book, Goldenrod, featured in People magazine as its poetry pick. NPR’s review notes, “the book is filled with the poet’s unrelenting willingness to learn, to dream of a better world.” (12/21)