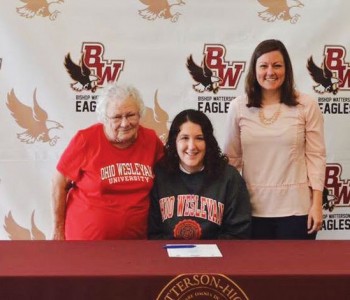 Proud grandmother Carolyn Hardin Smith ’56 is pictured with her granddaughter, Maddie Penn, who will attend OWU in the fall, and Megan Downing Teeters ’09, Maddie’s swim coach at Bishop Watterson High School. Maddie will be a member of the OWU swim team. 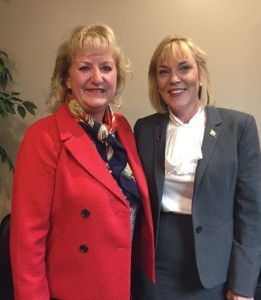 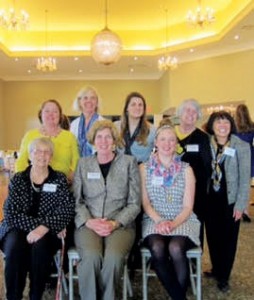 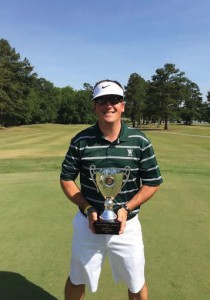 Kevin “Andy” Dunn ’00 was named the head varsity boys golf coach for The Westminster Schools in Atlanta, GA, in January. He had been an assistant in the program for seven years before being named head coach. His team won the state championship in classification 3A. Andy’s wife of 8 years Jordan, five-year-old daughter Ryan, and three-year-old son Drew are all doing well. 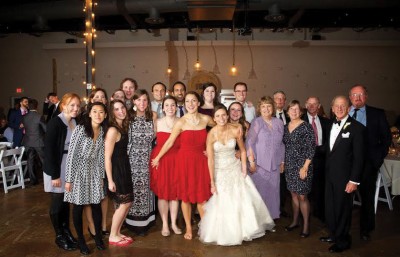 Kyle Herman ’11 and Anna Cooper ’13 are pictured in front of the White House, where Kyle is employed as an analyst, and where Anna was associate director of technology and operations for presidential personnel until May.

Kyle (middle) was visited at work by Usman Javaid ’10 (right) and Sharif Kronemer ’12 (left). The three men are all former leaders of the Wesleyan Council on Student Affairs, OWU’s student government. 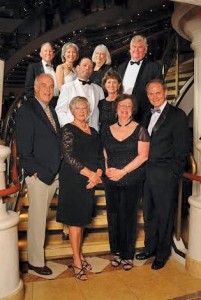 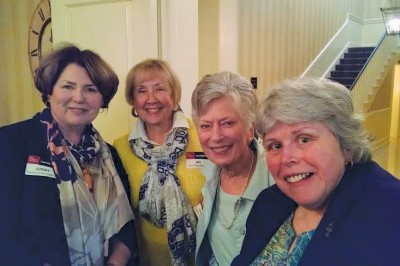 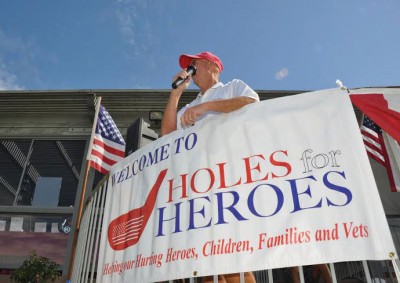 Dave Ferguson ’67, a Phi Delta Theta, co-chairs and co-founded Holes for Heroes, a golf fundraiser to salute and assist wounded and recovering military heroes and their families at home and abroad. The 10th anniversary of the event, sponsored by the San Diego Downtown Breakfast Rotary Foundation, will be held September 16 in Solana Beach, CA. 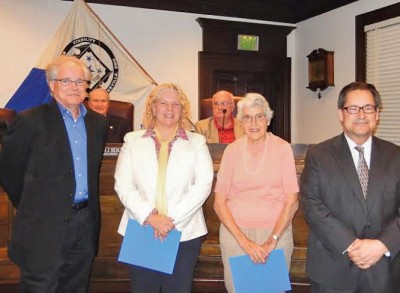 Martha Hibbert Boice ’53 was influential in adding Erma Bombeck’s Centerville, OH, home to the National Register of Historic Places. Pictured during the presentation at a Centerville City Council meeting are, from left: Patrick Hansford, chair of the Landmarks Foundation of Centerville-Washington Township; Nathalie Wright, the preservationist who wrote the application; Martha Hibbert Boice ’53; and Centerville Mayor Mark Kingseed. The magazine apologizes for the incorrect caption that appeared with this photo in our previous issue. 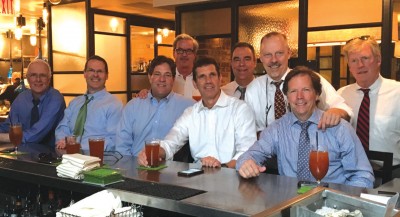 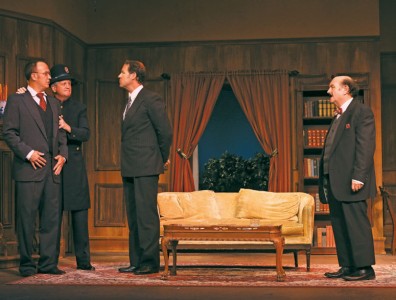 Two OWU alumni recently met while acting in a production of “Black Coffee” (an Agatha Christie mystery) at the Delray Beach Playhouse in Delray Beach, FL. Pictured second from left is Doug Moore ’75 as Constable Johnson, and third from left is Kevin Finneran ’90 as Inspector Japp.