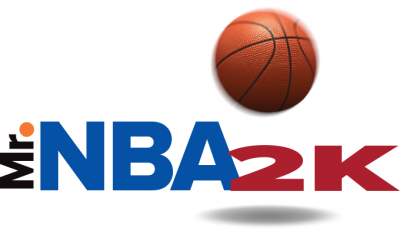 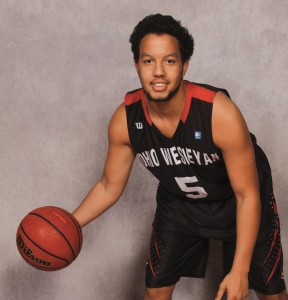 When Malik Leisinger ’19 bested nearly 72,000 hopefuls to score a spot on the NBA 2K League’s Utah Jazz Gaming team, that was just his first victory. He’s had many more since.

In April, Leisinger – a business administration major, accounting minor, and Battling Bishop men’s basketball player from Lakewood, Ohio – became one of 102 gamers drafted nationwide for the NBA 2K’s inaugural season of computergaming competition. In total, 72,000 people tried out for a spot on one of the NBA 2K’s 17 “esports” teams.

“As far as the experience goes, so far it has been great!” says Leisinger, who was drafted in the second round by Utah Jazz Gaming. “I have never been to Utah, so shifting from living in Cleveland my whole life to Salt Lake City was different at first, but I am getting used to it. One of the main things I enjoy is being surrounded by the beautiful mountains at all times.”

Leisinger began competing for Utah Jazz Gaming in May and has since earned countless accolades for his cyber skills. He reduced his class load to part-time to accommodate the temporary move and is taking one of OWU’s online summer courses, with plans to return to campus in the fall.

Over the past three months, Leisinger has earned “Top Performer of the Week” honors, including being named Week 3’s No. 1 player, “Player of the Weekend” accolades, and best single-game rebounding recognition.

Leisinger also will forever hold the distinction of scoring the first-ever basket in the NBA 2K League Tip- Off Tournament as well as the first basket in Utah Jazz Gaming history. (In the inaugural contest, he helped to lead his team to a 68-65 victory over the Wizards District Gaming.)

And while the experience definitely involves fun and games, it is much more, Leisinger says.

“I have been able to meet everyone in the Utah Jazz organization, from owner Gail Miller to president Steve Starks,” says Leisinger, who was drafted after successfully completing both a gaming skills test and one-on-one interview. “Meeting and socializing with these people of power is really intriguing for me because it mixes my passion for the game of basketball and (my career interest in) business and marketing.

“I am thrown into the aspects of marketing and promoting the Jazz Gaming, and, more importantly, building my individual brand,” Leisinger says. “After this experience, I will have a lot of hands-on experience in the business and marketing areas, and I hope to land a job with one of the many NBA teams that have an esports team.

“This is a growing industry,” he says, “and, after a successful season, I envision the league growing from 17 NBA teams this year to 25 teams next year and, after that, all 30 teams will be involved.”

Analysts also predict a strong future for such esports, with Newzoo, an Amsterdam-based market research firm, estimating the industry will grow to $1.4 billion by 2020.

Leisinger and his fellow NBA 2K draftees will earn between $32,000 and $35,000 for their contributions to the sport, as well as housing and health insurance. During the season, they will compete for an additional $1 million in prizes.

The NBA 2K season began May 1 and runs for 17 weeks. It was set to conclude in August with the first NBA 2K League finals. On the Jazz roster, Leisinger is known as MrSlaughter01, a center described by reporters as “a slashing rebounder.” When he sports his Battling Bishops uniform, he is a point guard.