Nate Axelrod ’18 has felt at home on a basketball court since he started playing at age 5. Since coming to Ohio Wesleyan, that home has been Branch Rickey Arena, which is marking its 41st season of play. Nate was named North Coast Athletic Conference (NCAC) Newcomer of the Year in 2015 as a freshman and hasn’t stopped piling up the accolades since. In February, his point guard play helped the men’s basketball team (21-7) secure the conference championship for the third consecutive season. Nate was named NCAC Offensive Player of the Year, first-team All-Great Lakes District team and second-team All-America by the National Association of Basketball Coaches, and was a first team All-NCAC selection for the third season. He’s the first OWU men’s basketball player to repeat as NCAC Player of the Year since 1987, when Scott Tedder ’88 did. 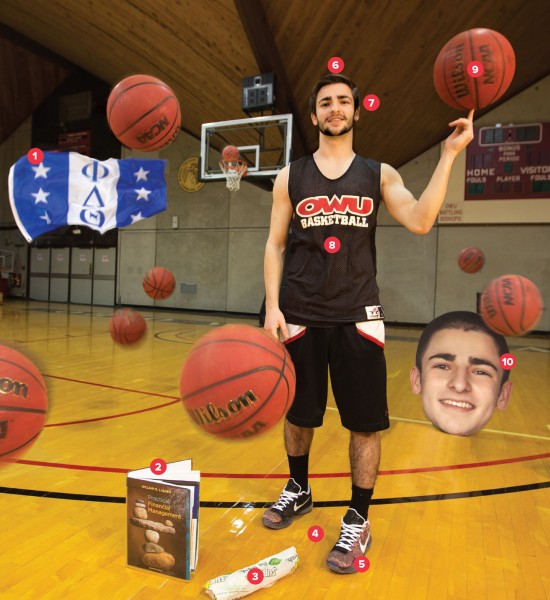