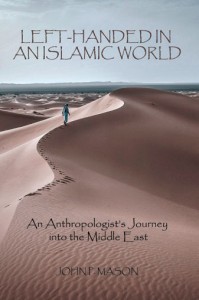 John Mason ’63 published Left Handed in an Islamic World: An Anthropologist’s Journey into the Middle East (New Academia Publishing, 2017). The book, which spans the years 1968 to 2012, explores Mason’s experiences abroad and those of Arab Muslims he met. The book is intended for a wide audience and presents Islam through the eyes of ordinary people who practice the religion.

Mason has worked as an international developer for USAID and the World Bank and as a professor of anthropology at Boston University, the University of Libya-Benghazi, the American University in Cairo, and Rensselaer Polytechnic Institute. 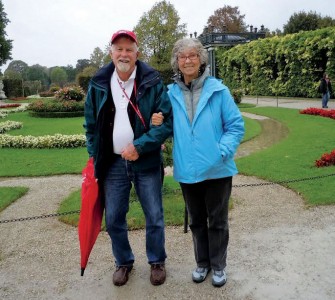 When Richard Gall ’56 first received his red OWU baseball cap in December 2015, he didn’t know that it would connect him with fellow Bishops more than once in the next year. In August, Gall was in Carmel, Calif., at the Pebble Beach Concours d’Elegance automobile show. A woman approached him to say she went to OWU, identifying herself as Leigh Stewart ’75. In October 2016, Gall was at the Schonbrunn Palace in Vienna when a woman approached him to say she had also attended OWU. This time it was Linda Collins ’62 of New York (right with Gall). “We were both on a Danube River cruise on the same ship, and she noticed my baseball cap while we toured the palace,” Gall recalls. “From California to Austria, the red OWU baseball cap is a sure sign of alumni recognition!” 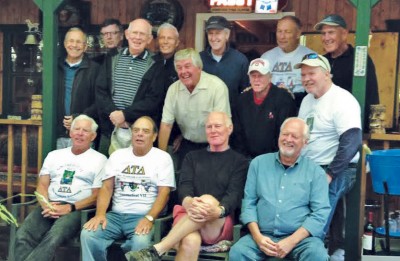 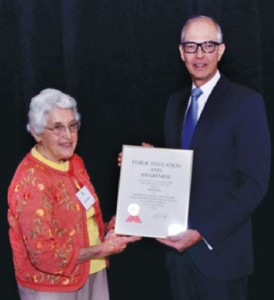 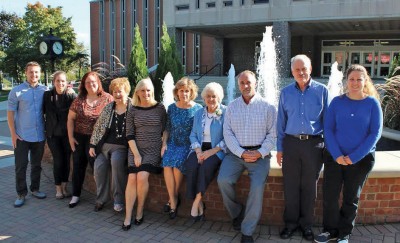 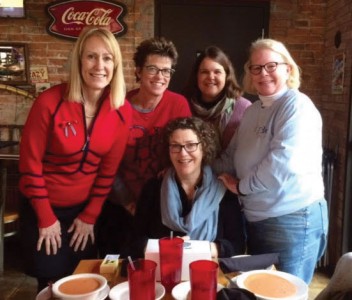 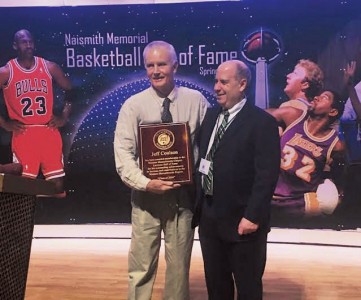 Jeffrey Coulson ’71 was inducted into the U.S. Lacrosse Western Massachusetts Chapter Hall of Fame on Jan. 11.

Carter ’74 Honored by Poetry and Praise 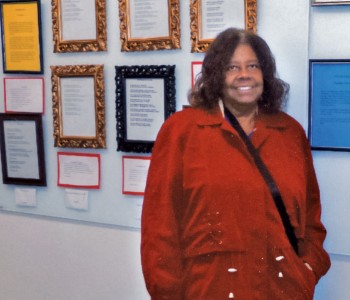 Sharlene Owena Carter ’74 was selected as a Poet Laureate through Poetry and Praise Productions Inc., a Columbus nonprofit that focuses on using spiritual gifts and talents to educate local communities through volunteer work. Carter also received an award for her commitment to community service from the Ohio House of Representatives. Rep. Kevin L. Boyle calls Carter “a remarkable individual, combining civic concern and dedication with selfless initiative to become a dynamic leader in the community.”

Carter also exhibited her work through Poetry and Praise at the Driving Park branch of the Columbus Metropolitan Library in March. Carter was a French major at OWU and has enjoyed traveling and using her language skills to teach French in Anchorage, Alaska. 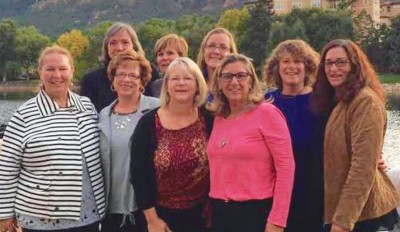 Nine Gamma Phi Betas from the classes of 1982 and 1983 gathered for an October weekend in Manitou Springs, Colo., at the home of Judith “Judy” Koenig Browne ’82. Although many of them had not seen one another in years, they reconnected with a lot of laughter, and only a few tears. Pictured from left: (back row) Sarah Bachman ’82, Judith “Judy” Koenig Browne ’82, Amy Lyndon ’83, Marge Frank ’82, Selena Cona Stracke ’83, (front row) Kathy Sampson Molloy ’83, Jennifer Moser Hunter ’83, Dee Smith Conners ’83, and Judy Dunham Shaal ’83.

Will Day ’93 Featured in ARTCOVER 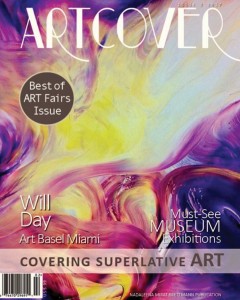 Several abstract works by Will Day ’93 (including “Freedom,” pictured here) were featured in ARTCOVER magazine’s January issue, including on the cover, along with a profile of his work. 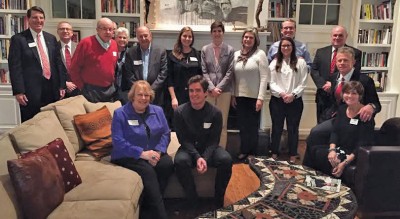 Leibrich ’83 Sworn in as County Supervisor 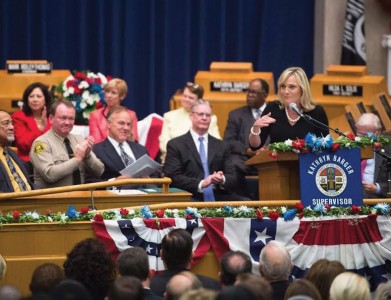 Kathryn Barger Leibrich ’83 was sworn in as Los Angeles County supervisor representing Pasadena on Dec. 5. Leibrich has 28 years of experience working for the county, including 15 years as chief deputy supervisor for her predecessor. 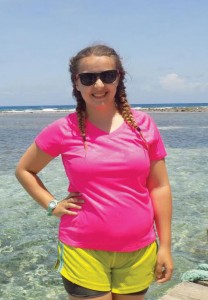 Last summer, Elizabeth Fikter ’16 studied coral reefs, manatees, howler monkeys, jaguars and other wildlife while learning how communities are trying to sustain them in Belize. Elizabeth lives in Chagrin Falls, Ohio, and took the graduate course in pursuit of her master’s degree from Miami University’s Global Field Program.

When Lee Fratantuono, professor and chair of the Classics Department, was asked to write a series of books on the expansion of the Roman Empire across the Mediterranean world, he knew he would need strong photography. He turned to Katie McGarr ’10, who took several of his ancient history classes as a student and was working as a freelance photographer.

McGarr began her odyssey in the footsteps of Lucullus and other Roman conquerors, moving from Spain and Italy east to Croatia, Serbia, Greece, Cyprus, Turkey, and Armenia. Her knowledge of ancient Greek and Latin helped immensely in working out everything from inscriptions on ruins to modern signs in Greek. The first product of the collaboration is an illustrated edition of Book 16 of Tacitus’ Annals, due to be published early in 2017 – to be followed later in the year by the release of a Lucullus book. Several additional volumes will follow at regular intervals, including a project on the mad emperor Caligula’s military misadventures in what is today France. 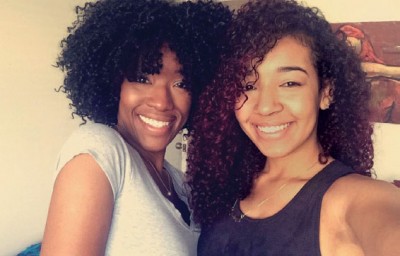 Tarsha Williams ’16 joined the Class of 2016 in December when she completed her degree in music. Williams was originally a member of the Class of 1988. Tarsha (left) with her daughter Cydney. Congratulations, Tarsha! 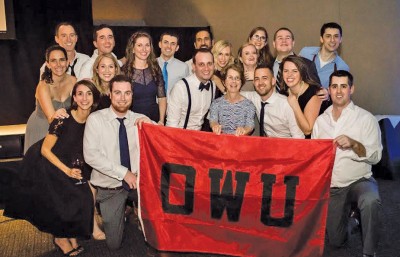 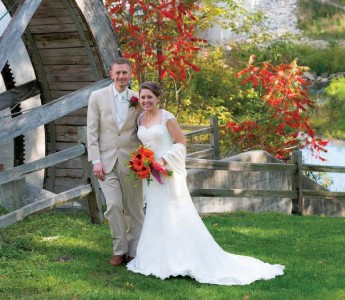 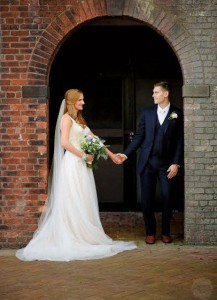 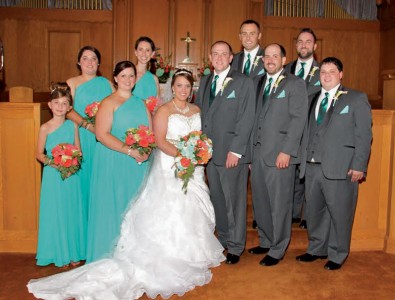 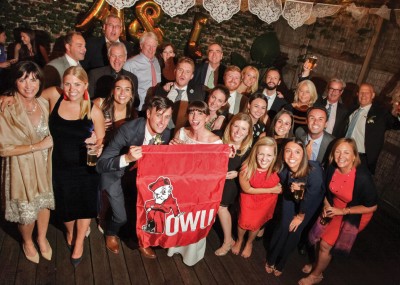 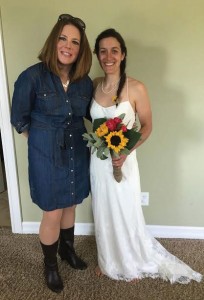 Melanie Hill ’05 married Jesse Hooper on Oct. 15 in a small family wedding at the Bellville, Ohio home of her brother Jim and sister-in-law Megan Maurer Hill ’02 (on left). The newlyweds live in Alaska.

Jessica Sprajcar ’00 married James Aiello on Oct. 22 at the Willis House in York, Pa. The couple lives in Harrisburg, Pa., where he is a civil engineer for the Susquehanna Regional Airport Authority and she is a consultant and freelance journalist for LandStudies Inc., among other organizations. Both are members of the Harrisburg Keystone Rotary Club, where they initially met. OWU friends, pictured from left: Sarah Wright ’99, Molly Meister ’98, Tom Fuller ’00, Jessica Sprajcar Aiello ’00, Brooke Georgiton ’00, Robin Monteleone ’00, and Elyse Fuller ’00. Not pictured is bridesmaid Michelle DeIulis ’02.