Ellen Arnold, associate professor of history, had her article “Rivers of Risk and Redemption in Gregory of Tours’ Writing” published in the January 2017 volume of Speculum, the flagship journal of medieval studies. The article is part of her larger research on the cultural history of rivers in early medieval Europe. In the article, Arnold looked at how a medieval writer described rivers as both a danger to human society and a form of divine intervention from saints.

Amy Butcher, assistant professor of English, saw several essays published nationally, including “What I Learned Visiting The Grave Of My Mom’s Teen Boyfriend,” in The Washington Post in January and “Pokémon Go Explore The World In All Its Splendor,” in July 2016 in The New York Times. Her essay “Taking Shape” was selected for inclusion in the forthcoming Beautiful Flesh: A Body of Essays, and her work additionally earned distinctions as notable essays in Best American Essays 2016 and Washington Post Best American Essays 2015. In July 2016, the Unicode Emoji Subcommittee formally approved 11 new female-empowered emojis, proposed by Google in response to her March 2016 Times op-ed “Emoji Feminism.” All were released in December as part of the new iOS software, resulting in interviews with the BBC Radio, on the BBC program World Have Your Say, and BFM Business Radio in Malaysia.

David M. Caplan, professor of English, will serve a five-year elected position on the executive committee of the Modern Language Association Creative Writing Forum. The forum supports discussions and debates on the role of creative writing in the 21st century. Caplan’s term began Jan. 9 and will run through the association’s 2022 convention. He will serve as secretary and chair of the forum’s executive committee in 2019 and 2020, respectively.

Katherine Glenn-Applegate, assistant professor of education, and Kellie Hall, OWU Early Childhood Center (ECC) director, published a two-article series in Teaching Young Children, a journal for early childhood teachers published by the National Association for the Education of Young Children. Their articles describe the reflective practice the ECC went through prior to making the decision to welcome a dog to their program, and the resulting social-emotional and cognitive benefits to children.

Larry Griffin, professor of music and chair of the Department of Music, was a featured artist, performer, and clinician at the Magic City Jazz Festival in Minot, N.D., in February. He adjudicated and conducted master classes for eight jazz ensembles/combos and performed as a soloist with four high school bands during the festival concert. In addition, Griffin, who plays trumpet and cornet, completed his third solo tour of Europe in May 2016 and second tour of China in September. In China, he and part-time assistant professor of music Gulimina Mahamuti, an accomplished pianist, collaborated on master classes for Chinese students.

Jennifer Jolley, assistant professor of music, saw her opera Krispy Kremes and Butter Queens performed by Opera MODO at the Detroit Institute of Arts in early January. In the opera, celebrity chef Paula Deen is making her infamous “Lady’s Brunch Burger” (glazed doughnuts, hamburger, fried egg, bacon, and cheese) when she chokes on a doughnut and dies. In the afterlife, Deen is denied entrance to heaven because of her sinful culinary ways. She pleads to the angels guarding heaven’s door to let her in, tempting them to taste butter and causing them to lose their angel wings. 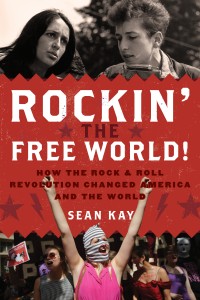 Sean Kay, professor of politics and government, and chair of the International Studies Program, published a new book “Rockin’ the Free World!: How the Rock & Roll Revolution Changed America and the World" (Rowman & Littlefield, 2016). The book explores how music has influenced issues ranging from racial justice and gender equality to political revolution and anti-war activism. It takes readers inside ‘Bob Dylan’s America’ and shows how this vision linked the rock and roll revolution to American values of freedom, equality, human rights, and peace while tracing how those values have spread globally. The book is based on dozens of interviews with musicians and journalists and people running the business side of rock and roll.

Eva París-Huesca, assistant professor of modern foreign languages, traveled to Colombia in September to present her latest research at the International Medellín Noir Festival. Her talk was titled “Victims, Criminals, and Law Defenders: the Relationship Between Women, Crime, and Justice in Contemporary Spanish Gynocriminal Fiction” (translated from Spanish). It analyzed the works of novelists Susana M Gijón, Empar Fernández, and Cristina Fallarás, as they are primary examples of the new transformations of the genre in relation to contemporary forms of social and gendered violence. She and Glenda Y. Nieto Cuebas, associate professor of modern foreign languages, are scheduled to take a group of eight students to Barcelona and Basque country in May for the travel-learning component of París-Huesca’s Spanish Crime Fiction class offered this semester. They will explore some of the most emblematic sites featured in 20th- and 21st-century Spanish crime fiction. 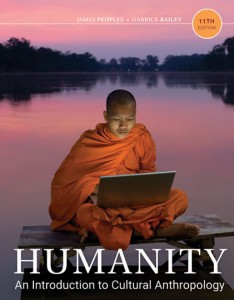 Jim Peoples, chair of sociology & anthropology and director of the East Asian studies program, published the 11th edition of his textbook Humanity: An Introduction to Cultural Anthropology (Cengage 2017) in February. He is also an officer in the Japan Studies Association, an international association that works to further education about Japan among American faculty in colleges and small universities. He co-directed a summer workshop in 2015 in Hiroshima and Nagasaki and will take faculty to Okinawa this summer.

Chris Wolverton, professor of botany & microbiology, saw his students Meka George ’18, Rachel Quick ’17, Allyson Wojnoski ’18, and research technician Nathan Madonich ’16 present a research poster at the annual meeting of the American Society for Gravitational and Space Research in Cleveland in October. The poster was titled “Gravitropism and Long-term Seed Storage on PES Membranes in Preparation for a Flight Experiment.”

The deadline to submit Class Notes and Faculty Notes for the Fall OWU Magazine is June 9, 2017. Send to: classnotes@owu.edu.