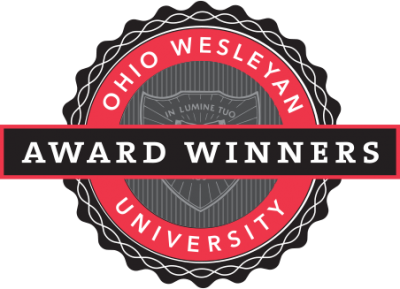 Notable Alumni Honored at Their Reunions 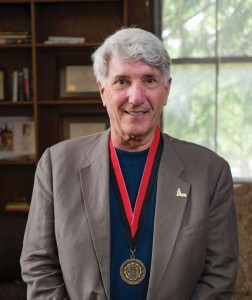 Woodrow “Woody” Clark ’67 says the most important skill he learned in college was how to communicate. He became an expert: a Fulbright Fellow, author of five books and more than 50 articles, and service as a governmental advisor. He also forged a career in mass and social media.

When Clark was a freshman at OWU, Professor Libby Reed encouraged him to be active on campus and in life. Clark honed his leadership skills as a member of Chi Phi fraternity and as student body president. He also was a member of the Campus Social Committee, working to bring artists of color to campus for concerts. “I got more international and global perspectives on campus for students. The Vietnam War was getting more and more important to all of us then,” Clark says.

He eventually became an internationally recognized expert on green energy, contributing to a paper by the United Nations Intergovernmental Panel on Climate Change, which won the Nobel Peace Prize in 2007. In the early 2000s, he was senior advisor on renewable energy, emerging technologies, and finance to California Gov. Gray Davis.

Clark holds three master’s degrees and a Ph.D. He served as an M.B.A. lecturer at the Anderson Business School, University of California, Riverside, and was a 1994 Fulbright Fellow at Aalborg University in Denmark, where he is now a visiting professor.

Clark was presented with Ohio Wesleyan’s Sagan National Colloquium Award and was Sagan speaker in 2008.

His younger brother, Wayne Clark, is a member of the Class of 1968. 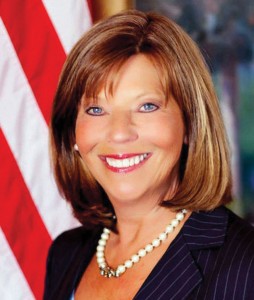 Jo Ann Hermann Emerson ’72 made it a cornerstone of her professional political life.

Armed with a B.A. in political science and experience as the co-chair of the 1972 OWU Mock Convention, she served as U.S. representative for Missouri’s 8th congressional district from 1996 to 2013. She won two concurrent elections in 1996 for her seat – one as a Republican to fill the last two months of her late husband’s term, and as an independent in the general election against two challengers.

She had a career of firsts: first independent elected to federal office in Missouri in 122 years and first Republican woman elected to the U.S. Congress from Missouri. She was reelected seven times. While in Congress, she focused on economic development and rural policy. She retired from Congress in 2013 to become chief executive officer of the National Rural Electric Cooperative Association. 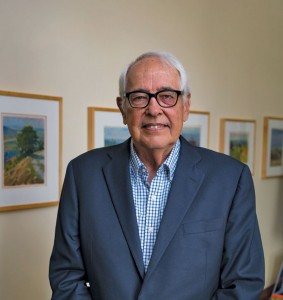 Lloyd Ferguson ’62 has filled almost every role available at OWU at one time or another, including proud Bishop parent; William Ferguson, his son with wife Martha, is a member of the Class of 1992. Lloyd is a member of Sigma Alpha Epsilon.

Ferguson was a packaging and publishing executive for 40 years as founding partner of Summit Media Group but still found time to apply his business acumen as a member of the Board of Trustees. He is now a Life Trustee and emeritus member of the Woltemade Center Advisory Board.

Ferguson has served as an A/PART volunteer and an alumni admissions representative, helping to recruit the next generation of Bishops. He is a member of the Founder’s Circle, Tower Society, and President’s Circle and served as class chair for the annual fund. 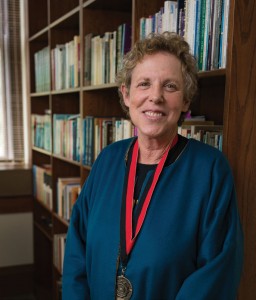 Susan Hagedorn ’67 blended unlikely disciplines into an engine for social awareness. An English major at OWU, Hagedorn holds a Ph.D. in nursing from the University of Colorado Health Sciences Center, where she retired from active faculty in 2006.

After retiring, she studied film and media at the New School in New York City, earning a certificate in digital video production, a graduate certificate in documentary studies, and a master’s in media studies. She founded Seedworks Films and has produced over 20 films on nursing and social justice. 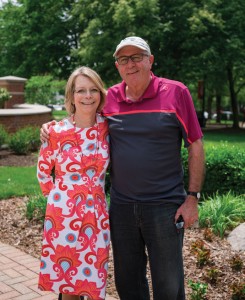 Nancy Seiwert Williams ’72 is part of a long line of OWU alumni. She has served on the Alumni Association Board of Directors, volunteered countless hours as an Admission representative, attended college fairs, hosted events, and made phone calls to prospective students. She also works with young alumni and parents as an A/PART volunteer and with the Office of Alumni Relations.

Nancy and her husband, Tom Williams ’72 (pictured with Nancy), are loyal supporters of the Ohio Wesleyan Fund and Team OWU. They are part of the self-proclaimed Gathering of Old Friends, or GOOF Group, alumni who get together once a year and recently established a scholarship together at OWU. The Williams’ daughter, Carrie Williams Schlegel ’05, met her now-husband, John Schlegel ’05, at OWU.

Nancy has a B.A in fine arts with a concentration in fashion illustration and also an associate degree in applied sciences from the Fashion Institute of Technology (SUNY). Professionally, she was a buyer and branch store manager for Denver Dry Goods and later comptroller for Harvey & Strait.

Do you know an outstanding OWU alumnus/a you’d like to nominate for an award? To see full award descriptions and fill out a nomination form, visit owu.edu/alumniawards.