Carol A. Latham ’61 to Be Honored by OFIC 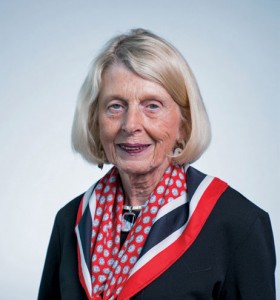 Carol A. Latham ’61, of Bay Village, Ohio, will be inducted in April into the Ohio Foundation of Independent Colleges (OFIC) Hall of Excellence. Latham is the retired founder, president, and CEO of Thermagon, Inc., a custom manufacturer of high performance heat-transfer materials for electronic components. Under her leadership, Thermagon changed the microchip industry and, within five years of its launch, achieved sales of $18 million annually.

A chemistry major at Ohio Wesleyan, Latham is the 11th OWU graduate to be inducted into the Hall of Excellence since it was created in 1987 to honor distinguished alumni from OFIC-member colleges.

Latham remains active in coaching entrepreneurs in technology start-up companies and in supporting both her alma mater and its students. She is a member of the OWU Board of Trustees and of the advisory board for the Woltemade Center for Economics, Business and Entrepreneurship. She also serves on the campaign leadership committee for the university’s $200 million Connect Today, Create Tomorrow fundraising campaign and is one of its leading donors.