Andrew Busch ’07, assistant professor of health and human kinetics, had dissertation research titled “Relationship of Pre-season Movement Screens With Overuse Symptoms in Collegiate Baseball Players” published in the International Journal of Sports Physical Therapy in November. He also was chosen to speak at the March 24 National Strength and Conditioning Association’s Regional Conference at Eastern Michigan University on how to improve shoulder mobility in overhead athletes, those who participate in sports where the upper arm and shoulder arc over the athlete’s head.

Lynette Carpenter, professor of English, published two books under the pen name D. B. Borton. In June 2017, she published Second Coming (Boomerang Books), about two aliens who revisit Earth after 50 years away. The novel is about celebrity in 21st-century America, the seductiveness of consumer culture, the self-destructiveness of the human race, and the very human pleasures of friendship, dogs, and rock ’n’ roll. In November, she published Smoke (Boomerang Books), about thieves who break into the Tehran Art Museum during the fiery early days of the Iranian revolution, carrying off what they think are 12 of the world’s most valuable paintings.

Mary Anne Lewis Cusato, assistant professor of modern foreign languages, and David Counselman, associate professor of modern foreign languages, along with Allie Eynon ’19, Raissa Kanku ’20, Paris Norman ’20, Farida Rezk ’20, and Caroline Shaffer ’19, were awarded a Theory-to- Practice Grant for a project titled “A Collective Study of French Imperialism: The Cultural Tools and Consequences of Colonialism as Seen in Paris and Southern France.” The group of seven will travel to France this summer and create a bilingual blog to document their experiences and reflections. The project stems from Lewis Cusato’s course “The Genesis, Uses, and Critiques of Francophonie.”

Christian Fink, assistant professor of physics-astronomy and neuroscience, was awarded the 2017 “Outstanding Neuroscience Pedagogy Article” honor by the Journal for Undergraduate Neuroscience Education for his article “An Algebra Based Introductory Computational Neuroscience Course with Lab.” In it, he describes his design for a course in computational neuroscience for students without any background in calculus or computer programming. He believes this is the first such course at any institution to be required by all neuroscience majors, and it positions OWU students to have the quantitative skills that are increasingly necessary for success in neuroscience graduate programs.

Robert Gitter, professor of economics, along with Faith MacDonald ’16 and Daniel Greenleaf ’05, had an article titled “Recovery After a Decline in the Size of the Freshman Class at Private Small Liberal Arts Colleges: What Works?” published in the spring 2018 issue of the journal College and University. MacDonald’s work was supported by the Economics Department’s Norman Leonard Endowed Student Research Grant which was initiated by the family of Dick Summerlee ’69 and supported by the Alumni Advisory Board of the Woltemade Center.

Gerald Goldstein, professor of botany/microbiology, along with Sarah Bergman ’18, Marielle Buss ’19, Mary Cranley ’18, and Nicholas Reed ’18, had an article titled “Ginger extract inhibits the replication of T2 bacteriophage by inhibiting the synthesis of nucleosides” accepted for publication in the February 2018 issue of Research & Reviews: A Journal of Biotechnology.

Jennifer Jolley, assistant professor of music, was one of the winners at the International Alliance for Women in Music Annual Concert Competition for her piece “The Lives and Opinions of Literary Cats” (piano trio). The competition was held in October at the University of Kansas School of Music. Also in October, Jolley had the world premiere of her wind symphony piece “Never Forget, Never Remember” by the Bowling Green State Wind Symphony during the 38th annual Bowling Green New Music Festival.

Marty J. Kalb, professor emeritus of fine arts, had paintings and pastels featured in a group show of Ohio artists last year at the Ohio Governor’s Mansion in Columbus. A larger number of Kalb’s paintings and drawings will be presented this year in a special “Spot Light” exhibition at the governor’s residence in July and August. Additionally, in April, artwork from Kalb’s Holocaust Series will be displayed at the residence in conjunction with a small memorial exhibition of work by Holocaust survivor and Columbus sculptor Alfred Tibor. A drawing from Kalb’s Holocaust Series was recently acquired for the permanent collection of the Columbus Museum in Columbus, Georgia. The drawing will be part of a display of newly acquired art on paper at the museum this summer. 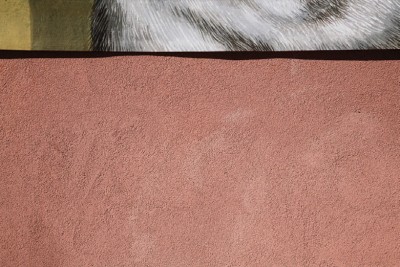 Banner Bottom, Santa Fe, New Mexico, 2017 by emeritus professor of art Justin Kronewetter. Part of his one-person exhibition, “Seen While Looking,” that ran February and March at Illinois Wesleyan University in Bloomington, Illinois. Kronewetter is a 1962 graduate of IWU.

John Krygier, professor of geography, and Emily Howald ’18 wrote a chapter about student-driven sustainability efforts at OWU, “ ‘Scrappy’ Sustainability at Ohio Wesleyan University,” for the book Sustainable Cities and Communities Design Handbook (Butterworth-Heinemann, 2017). It was edited by Woodrow “Woody” Clark ’67 (see Clark’s alumni profile in the 2017 Award Winners story elsewhere in this issue of OWU Magazine).

John (Jay) Martin III, professor of health and human kinetics and head men’s soccer coach, wrote the first chapter for The Real Giants of Soccer Coaching: Insights and Wisdom From the Game’s Greatest Coaches (Meyer & Meyer Sport, 2018), a book featuring 30 of the world’s top soccer coaches and their advice and theories for aspiring and new coaches in the sport.

Ana Oancea, assistant professor of modern foreign languages, had three articles published in top French and romancelanguages journals last year: “Heredity Beyond the Rougon- Macquart: The Case of Travail” in French Forum; “The Temptation of the Material in Jean Lorrain’s Fairy Tales” in Dix-Neuf; and “Verne at Lyon’s Fête des Lumières: New Media, Old Dystopia” in Romance Notes. She also wrote a book review of Fairy Tales for the Disillusioned edited by G. Schultz and L. Seifert in Nineteenth Century French Studies.

Karen Poremski, associate professor of English, had an article titled “Basket Becomes Codex: A Poem by Trevino Brings Plenty in the Portland Art Museum” published in the journal Transmotion.

Shari Stone-Mediatore, professor of philosophy, had her work “Global Ethics, Epistemic Colonialism, and Paths Toward More Democratic Knowledge Practices” selected as lead article for the upcoming issue of Radical Philosophical Review, and “How America Disguises Its Violence: Colonialism, Mass Incarceration, and the Need for Resistant Imagination” for a forthcoming special issue of Critical Review of International Social & Political Philosophy. 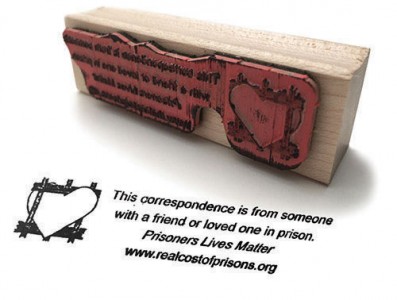 She was also a co-producer of a “Prisoners’ Lives Matter” stamp designed to replace the one used on outgoing prisoner mail, in an effort to combat prison stigma. She exhibited the stamp at a Chicago fundraiser.

Brad Trees, professor of physics-astronomy, contributed over 300 animations with interactive exercises for a digital-only version of the classic physics text Fundamentals of Physics, 11th Edition, Vol. 1 (2018). 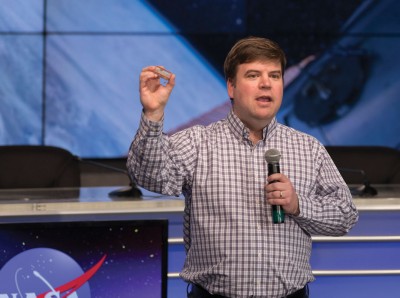