Coaches honored for season and career 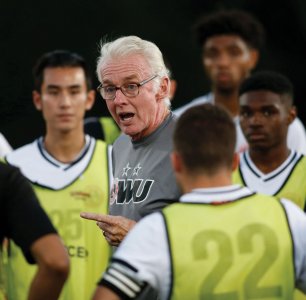 “I’m very honored,” Martin says. “I’ve been very fortunate to have been the recipient of a number of awards over the years, but this one is particularly meaningful. To be recognized by your peers as one of the best coaches in the country means an awful lot.”

Doug Zipp, director of athletics, agrees. “Being inducted into the United Soccer Coaches Hall of Fame is an extraordinary accomplishment. It honors Jay’s longevity as an influencer in soccer, his success as a coach on the field, and the impact he’s had on the lives of hundreds of student-athletes. Plus, he’s a pretty darn good coach who has been able to adjust and adapt to the ever-changing student-athlete and the sport of soccer.”

Martin is one of three inductees honored this year, the latest among a total of 68 who have been inducted into the hall since it was established in 1991.

Martin is the winningest coach in NCAA men’s soccer history, finishing the 2019 season with 723 wins. His list of achievements is extraordinary: 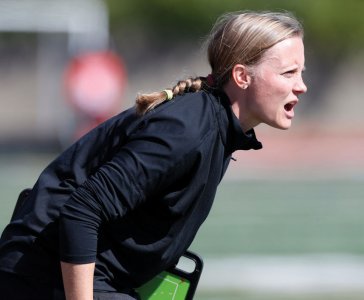 This fall, the OWU field hockey team won its first league championship since 1995—and won more games than it has won in any season since 1995.

With such success, head coach Brenda Semit was named NCAC Coach of the Year for the first time. The coach of the year is chosen by a vote of all the field hockey coaches in the conference.

“We are very proud of Brenda being named NCAC field hockey coach of the year,” says Doug Zipp, director of athletics. “This recognition is a reflection of all the hard work by the players and coaching staff, and it shows the appreciation coaches across the NCAC have for her accomplishments.”

Ohio Wesleyan finished the season with a 13-4 record. The Bishops shared the NCAC championship with a 7-1 mark and advanced to the NCAC tournament for the first time since 2012.

Semit came to OWU after spending three seasons as an assistant coach at Kenyon College, where she helped the team improve each season and compile a 40-20 overall record.