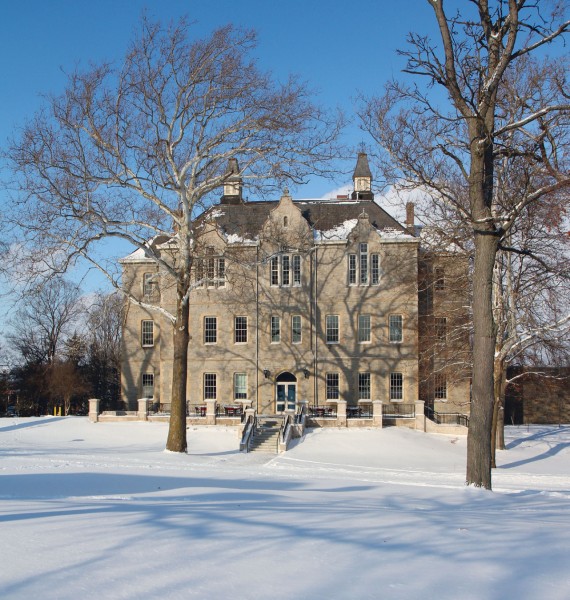 When people warned me it would be cold in Delaware, Ohio, I must have shrugged it off . I must have assumed the winters in Delaware would at least resemble the winters I’d experienced growing up in Memphis. I know this not because I remember it, but because I moved to Ohio Wesleyan University as a freshman with the same three pairs of wool socks and the flimsy coat I’d always worn on what I thought were particularly cold winter days at home in Tennessee. I must’ve thought this winter wardrobe would do the job just fine.

In Memphis, the summer heat starts to slack off in late September and early October, and people take to the streets for the first time after months spent in the air-conditioned indoors. But in Ohio, that first semester, the sudden chill of October spoke not to the slow tempering of summer but to something else: Winter was coming. Only I didn’t know it — not really — not yet.

I went home for Thanksgiving and Christmas, and by the time I came back for the spring semester, things had changed. In the morning I would shower and braid my long, damp hair, expecting to let it air dry as it did at home. Instead, I left my dorm and, after walking for a couple minutes, was surprised by what felt like a log that had gotten snagged, somehow, on the hood of my coat. My damp braid had frozen solid before I’d reached the academic side of campus.

One morning in February, walking up Rowland Avenue into a biting wind, my face sort of froze, starting with my chin. The frigid air pushed tears from my eyes, and then — by some combination of bewilderment and homesickness and the pure, freezing cold, before I knew it — I was full-on crying, the tears freezing to my cheeks, trudging back to my dorm where my roommate’s closet was filled with down jackets, waterproof boots, and thick scarves.

By the next winter, I’d stocked up on the same big, puffy coats everybody else was wearing, the ones I’d seemed to think I wouldn’t need. I wore long underwear like it was my job. I dried my hair before I left my room. I bought extra gloves and earmuffs and I drank gallons of hot tea. I figured it out.

But that isn’t the moral of the story. This is: My first Ohio winter gave me an inkling that I had come from somewhere else, a place demonstrably different from Delaware, Ohio. I began to see that my hometown might be as unusual for some people as Delaware was for me. And then I began to wonder about my background, my childhood as a preacher’s daughter, moving every few years from one church-owned parsonage to the next. Maybe that story would be as new to some people as Ohio winters were to me.

That first Ohio winter taught me that I carried stories of another place, another life. I began, in very small steps, to see my own story objectively, and to appreciate it for the first time. I began, in other words, to become a writer, because seeing the individual details that make a place or a person distinct is the first step to any compelling, believable piece of writing. That winter reminded me that each of us comes from somewhere, and that these places are wrapped up in who we are, in ways we might not even recognize until we find ourselves facing down a sudden gust of wind and walk into it, headlong.