Some 30-plus OWU alumni and brothers of Sigma Alpha Epsilon-Ohio Delta arrived from 17 states and Washington, DC, for a Chapter Reunion during Homecoming Weekend 2015.

Early returning alumni caught up with each other at a wonderful meal at Brio Tuscan Grille in Easton Station Mall. On Saturday morning, the Old Lions of SAE visited the former SAE House, now repurposed as the Bigelow-Reed House.

The photographs and chapter memorabilia in the Fred Myers Chapter Room stirred wonderful memories of SAE-Ohio Delta and OWU. Over 50 years melted away. After the Homecoming football
game, SAE brothers gathered at the Hilton-Easton for a social hour and banquet. Special guest History Professor Emeritus Richard Smith welcomed the group back to campus. This was a special opportunity for many of the alumni who took history classes from Dr. Smith as undergraduates, especially five SAEs who were history majors. Following an introduction from recently retired history professor, Hugh Davis ’63, Dr. Smith shared special greetings from President Rock Jones, who provided an update on all the exciting things that are taking place at OWU.

The evening highlight was the SAE tribute to Brother John Reed and “Miss Libby,” acknowledging them for their many years of friendship, guidance, and service. The evening concluded with the brothers’ rendition of “The Sweetheart of SAE” and “Friends,” led by song leader Lloyd Ferguson. Go Bishops! Go Sigma Alpha Epsilon!

Another SAE-Ohio Delta Chapter Reunion is being planned for 2017, coinciding with the 175th anniversary celebration of Ohio Wesleyan University. “Lions Roar Again” in 2017—PHI ALPHA! 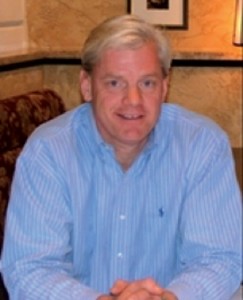 Rick Doody graduated from Ohio Wesleyan in 1980. He is the chairman and founder of of Bravo/Brio Restaurant Group (BBRG). In 1992 Rick, his brother, Chris Doody, and their executive chef, Phil Yandolino, opened their first restaurant, Bravo Cucina Italiana, in Columbus, OH. Today the restaurant group has grown to include more than 116 Bravo and Brio Tuscan Grille restaurants throughout the United States, and is a public company on the NASDAQ. Rick is chairman of BBRG and works on real estate development and restaurant design for the Brio Tuscan Grille and Bravo Cucina Italiana concepts. The restaurants nationwide have over 11,000 employees and seat 17 million-plus guests each year.

Rick is a member of the Young Presidents’ Organization (YPO), serves on the boards of the Brio/Bravo Restaurant Group, Hickory Tavern, Arhaus, University Hospital’s Ahuja Medical Center, Lindey’s, Stella Maris Rehabilitation Center, and the Boys and Girls Club of Cleveland. Rick holds a B.A. in History/Management Economics from Ohio Wesleyan University and a Master of Professional Studies degree from the Cornell School of Hotel Administration. Rick also assisted in the design of the new Marketplace in Hamilton-Williams Campus Center, which replaced the old food court, sitting in on many planning meetings and tapping his architect and designer to assist OWU. Rick lives just outside Chagrin Falls, OH, and is the proud father of two daughters, Sarah (age 20) and Charlotte (age 17).

Kenneth B. Sternad ’77
President of The UPS Foundation and Vice President of UPS Worldwide Public Relations and Media Affairs (retired)

Ken Sternad retired from UPS in 2012 after a 35-year career with the world’s largest transportation and logistics company.

A native of Norwalk, CT, Sternad received a bachelor’s degree in journalism and political science from Ohio Wesleyan University and completed graduate work in corporate and political communications at Fairfield University.

In keeping with UPS’s long-standing commitment to the community, Sternad serves on the boards of trustees of the Points of Light and MARR, Inc., and on the President’s Circle of Ohio Wesleyan University. He previously served on the board of trustees of the U.S. Chamber of Commerce’s Business Civic Leadership Center (BCLC), and as vice chair of the Foundation for American Communications (FACS). He is a member of the Arthur Page Society, where he previously served on the organization’s board of trustees. Sternad is also active with the Boy Scouts of America.

Sternad resides with his wife, Judy, in Norcross, GA. They have three children.

DEADLINE FOR RECEIPT IS MARCH 15, 2016. ALUMNI COUPLES MAY VOTE TWICE ON THE SAME BALLOT.

Choose one of three ways to submit your vote:

To nominate an alumnus/a for future consideration, please send an email to alumni@owu.edu. Please include name, class year, and qualifications.

Hundreds of OWU alumni, families, and friends didn’t allow cold rain and gray skies to dampen their spirits as they enjoyed athletic events, lectures, and fun times together during Homecoming and Family Weekend, October 2-3. Highlights included the dedication of the state-of-the-art Simpson Querrey Fitness Center, a tailgate before the OWU-Denison game, the Munch and Mingle with OWU alumni and students, and a salute to new inductees into the Athletic Hall of Fame.

Save the date for Homecoming and Family Weekend 2016: October 7-9.