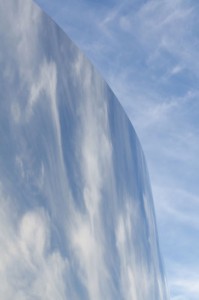 Professor of history Ellen Arnold’s photographic print was featured on the title wall of the “abstractions” exhibition at the A Smith Gallery in Johnson City, TX, from October 31-November 22. The piece, “Atmosphere,” is a digital photo printed onto metal. The photograph won the Director’s Choice award at the gallery.

Assistant professor of English Amy Butcher’s essay, “Reenacting,” originally published in The Iowa Review and excerpted from her book Visiting Hours (Blue Rider Press-Penguin Books USA/April 2015), will be listed in the “Notable Essays of 2015” section in the upcoming Best American Essays anthology. The anthology, guest edited by Ariel Levy, is published by Houghton Mifflin Harcourt Trade.

Associate professor of religion David Eastman completed a second book, The Ancient Martyrdom Accounts of Peter and Paul (Writings from the Greco-Roman World Series) (Society of Biblical Literature, July 2015). The text includes introductions and translations of more than a dozen martyrdom accounts of Peter and Paul in Greek, Latin, and Syriac, along with more than 40 references to the martyrdoms from early Christian literature. This is the first time that these stories have been brought together, and marks an advance in the study of the apostolic traditions.

Professor of classics Lee Fratantuono authored two major books in 2015: A Reading of Lucretius’ De Rerum Natura and Virgil: Aeneid 5, the latter co-authored with Alden Smith of Baylor University. He also published eight peer reviewed scholarly articles in a variety of international venues: one on bee imagery in the poet Lucan in an Italian volume of conference proceedings; two on the Roman author Juvenal in Italy and Belgium; one on the poet Catullus in South Africa; one on the “Hesperides” in the Czech Republic; and one each on the Roman gods Mercury, Neptune, and Ceres in Italy and France.

Assistant professor of physics-astronomy and neuroscience Christian Fink is co-principal investigator, along with Bill Stacey from the University of Michigan, on a research project grant recently funded by the National Institutes of Health. The project is titled “Characterizing High Frequency Oscillations as an Epilepsy Biomarker with Big Data Tools.” Fink and Stacey will investigate an abnormal brain rhythm often observed in people with epilepsy. The hope is that this line of research will eventually enable the prediction of epileptic seizures. The grant will also provide funding for OWU students to conduct summer research with Fink for the next five years.

Professors of psychology Lynda Hall and emeritus Harry Bahrick gave an invited address at Ohio Dominican University on November 10. They talked about the role of methodological development in scientific innovation, and gave specific examples from 50 years of research in the Memory Lab at Ohio Wesleyan. 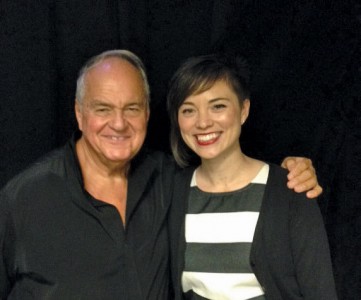 Assistant professor of music Jennifer Jolley went on tour with the Vermont Symphony Orchestra as part of the company’s Made in Vermont 2015 tour. Jolley composed a piece titled “The Ferry Crossing” that premiered on the tour. Jolley says her music is inspired not by destinations, but by the journey and travel along the way.

The University of Michigan Press published Kinesis: The Ancient Depiction of Gesture, Motion, and Emotion (C. Clark, E. Foster and J.P. Hallett, editors), a collection of 18 essays recognizing the scholarship of emeritus John R. Wright Professor of Humanities-Classics Donald Lateiner. The book includes 18 essays by Lateiner’s colleagues, a biographical sketch, and a bibliography of his publications. The essays analyze themes explored in Lateiner’s book, The Sardonic Smile, the first in-depth study of nonverbal behavior in the works of Homer.

Professor of philosophy Shari Stone-Mediatore authored two articles that theorize the importance of undervalued, “feminist” approaches to pursuing knowledge—“Attending to Others: Simone Weil and Epistemic Pluralism,” in Philosophical Topics (2013) and “Storytelling/Narrative,” in The Oxford Handbook of Feminist Theory, edited by Lisa Disch and Mary Hawkesworth (2015). She will also serve as a panelist on a symposium featuring Professor Bonnie Mann’s book, Sovereign Masculinity: Gender Lessons from the War on Terror, at the 2016 American Philosophical Association Central Division annual meeting.

Emeritus history professor Richard W. Smith authored Bishop McIlvaine, Slavery, Britain and the Civil War (XLIBRIS 2014). A salient figure in the 1800s, Bishop Charles P. McIlvaine was an anti-slavery advocate, prominent evangelical in the Protestant-Episcopal Church, and a political presence in both Britain and America. This is the first biography written about Bishop McIlvaine.

Professors of botany and microbiology Chris Wolverton and Bruce Roberts co-authored “The Evaluation of a Substrateapplied Humectant to Mitigate Drought Stress in Young, Container-grown Plants,” in the Journal of Environmental Horticulture which was published in September. Recent OWU graduate Samantha West ’15 aided with the scholarly research.

The deadline for receiving Faculty Notes submissions for the Spring OWU Magazine is February 12, 2016.