Ellen Arnold, associate professor of history, was elected to serve on the Executive Board of the American Society for Environmental History, the national organization for her field.

Jill Becker, lecturer in dance, retired after teaching at OWU for 12 years. She lives in Yellow Springs, Ohio, and continues to teach dance to people with Parkinson’s Disease, tai chi for balance, and community dance classes.

Andrew Busch, assistant professor of health and human kinetics, was a coauthor of the article “Relationship of Movement Screens with Past Shoulder or Elbow Surgeries in Collegiate Baseball Players,” International Journal of Sports Physical Therapy, 2018,13(6): 1008-1014. He also presented “Improving Shoulder Mobility in Overhead Athletes” at the National Strength and Conditioning Association state conference, with OWU as the host university. 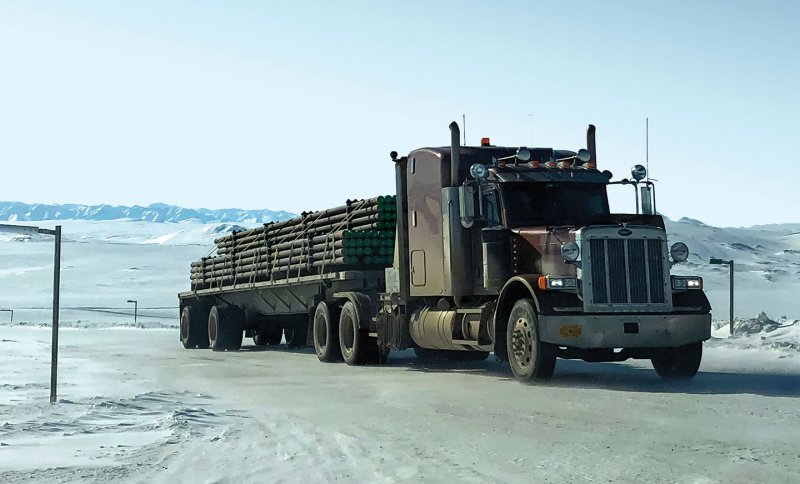 Amy Butcher, assistant professor of English, published an essay on climate change, Alaska, and the arts, “Harvesting Irony in Alaska,” in the New York Times Opinion Pages in August.

In August, Makeready Films acquired film rights to Butcher’s forthcoming book, Mothertrucker, the story of Alaska truck driver Joy Wiebe. Plans call for the film to star Academy and Golden Globe-winning actress Julianne Moore and to be directed by primetime Emmy-winning director Jill Soloway. Makeready Films’ credits include The Revenant, Birdman, Gone Girl, 12 Years a Slave, and The Big Short, and they have garnered 34 Academy Award® nominations and 12 wins. Butcher took the photo above during one of her trips to Alaska to ride with Wiebe.

Mary Anne Lewis Cusato, associate professor and director of French and Francophone studies, authored “Alien- Nation and the Algerian Harraga: The Limits of Nation-Building and Cosmopolitanism as Interpretive Models for the Clandestine Immigrant,” published in The Limits of Cosmopolitanism: Globalization and Its Discontents in Contemporary Literature, edited by Alexander Stevic and Philip Tsang. Routledge Press.

Jeffrey Ford, part-time professor of English, published two short stories: “The Jeweled Wren,” in the anthology Echoes from Saga/Simon and Shuster, edited by Ellen Datlow, 2019, and “Sisyphus in Elysium,” in the anthology The Mythic Dream from Saga/Simon and Shuster, edited by Navah Wolfe and Dominik Paresien, 2019. Ford also was the subject of the book Exploring Dark Short Fiction Volume 4, A Primer to Jeffrey Ford, which features his stories, critical analysis, a biographical essay, an essay on historical research for fiction, and a complete bibliography, published by Dark Moon Books and edited by Eric Guignard, 2019. 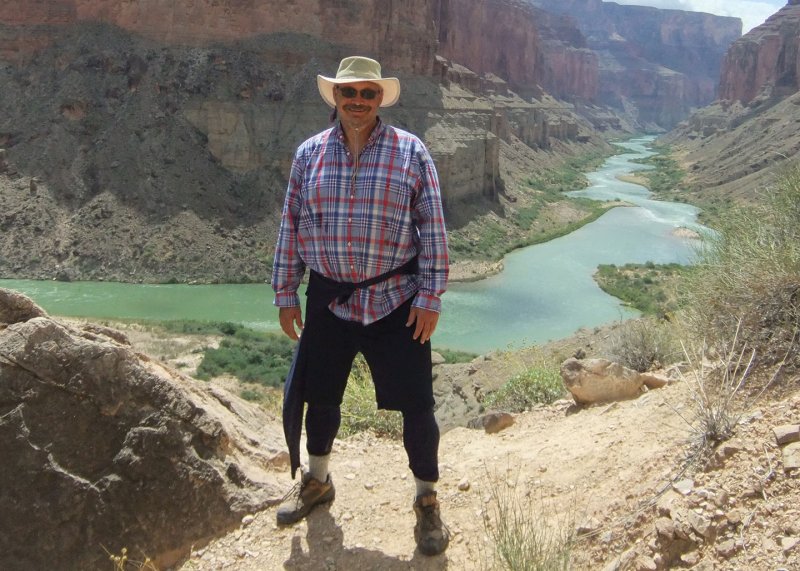 Sean Kay, professor of politics & government, spent two weeks over the summer working as an assistant guide rafting down the Colorado River in the Grand Canyon. He did the work in preparation for a Travel-Learning Course, Environmental Politics and Policy, he is teaching fall and spring semesters this year. At the conclusion of the spring class, he will travel with the students to the Upper Colorado Basin in Utah and Colorado, meeting with water management officials, attending a water law conference at the University of Colorado at Boulder, and taking a four-day river-rafting trip through Dinosaur National Monument.

Paul Kostyu, emeritus professor of journalism/communication, was invited to represent the Society of Professional Journalists as a member of the newly formed Ohio Debate Commission. The commission is developing policies and standards for statewide political debates. 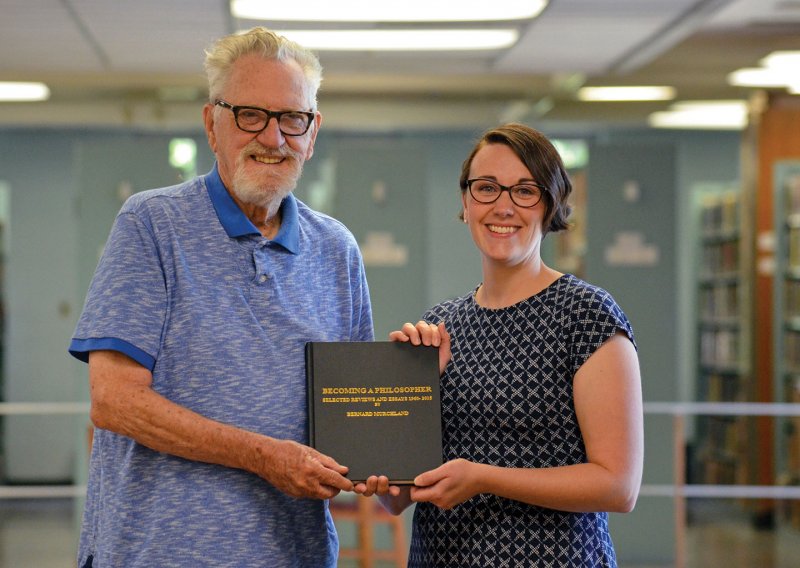 Bernard Murchland, emeritus professor of philosophy, is the author of a new book, Becoming a Philosopher: Selected Reviews and Essays 1960-2015. The book is divided into three parts — writings with themes of education, with themes of social and political philosophy, and with themes of existentialism — each reflecting Murchland’s interests as a philosophy professor. Above, Murchland donates a copy of the book to OWU Libraries, accepted by Dee Peterson, director of libraries.

Michele Nobel, assistant professor and director of the special education program, conducted an in-service workshop on the administration of the DIAL-4 assessment for the staff of the OWU Early Childhood Center.

Nathan Rowley, assistant professor of geology and geography, was elected chair of the Cryosphere Specialty Group with the Association of American Geographers at the annual meeting in April in Washington, D.C. He also published two articles: “Instruments and Methods: A Novel Semi-automated Mapping Technique for Generating a Supraglacial Melt-lake Inventory in Polar Geography,” and “Relationships of Supraglacial Melt-lake Attributes with Local Climate and Atmospheric Circulation in West Greenland,” in International Journal of Climatology, in February and Septemeber 2019, respectively.

D. Glen Vanderbilt Jr., professor of theatre, served as a scenic consultant and projection designer for the Columbus School for Girls fall production of the new play “Decision Heights” by M. D. Levy. The production ran in November.