James “Jimmy” Francis ’01 was named president and executive director of the Rose Bowl Aquatics Center in Pasadena, CA. He has experience in overseeing large facilities and programs at both the California State University Northridge and The Ohio State University. (12/21)

Aurn Singhal ’01 was appointed global head of index product management at Qontigo in New York City. Aurn will oversee the expansion of their index product suite and help integrate with analytics to build strategies to market to clients. (12/21) 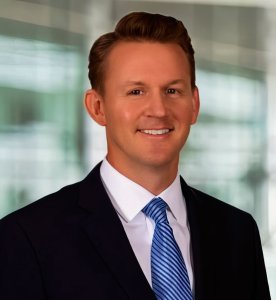 Martha Loizeaux ’02 was admitted to the Global Field Program at Miami University. As part of her first earth expeditions course, Martha traveled to Baja, Mexico, and studied desert and marine landscapes through ecological and social field methods. (5/22)

Scott Sellers ’02 was inducted into Clear Fork Valley (Ohio) Athletic Hall of Fame in August. Currently the girls basketball coach at Clear Fork, Scott was a 4-year varsity player for the boys basketball team, scoring over 1,100 points there. (5/22)

Noel Anderson ’03 presented the Hixson-Lied Visiting Artist Lecture by the University of Nebraska-Lincoln School of Art, Art History and Design in April. He is a printmaker and professor in New York University’s Art and Art Professions Department, and area head of print media. Noel explores Black masculinities through print media and arts-based research. (12/21)

Braden Molhoek ’03 was named director of the Center for Theology and the Natural Sciences at the Graduate Theological Union in Berkeley, CA. He will move into this position in June. Braden also will be appointed assistant professor at the GTU and hold the Ian G. Barbour Chair in Theology, Science, Ethics, and Technology. (5/22)

Elizabeth Dale ’04 was named a 2021 Emerging Scholar by the Association of Fundraising Professionals. As assistant professor of nonprofit leadership at Seattle University, Elizabeth focuses on the field of nonprofit and philanthropic studies to “expand our notion of who is considered a donor” and examining diversity and inclusion in fundraising. The Emerging Scholar Award honors scholars whose research impacts philanthropy and fundraising. (12/21)

Charlie Smith ’04 was featured by the Newark Advocate (OH) for his business, Elite Performance-Newark. “I first got an interest in fitness the last semester of college,” Charlie says. “I took a class that ultimately prepared us to take the Certified Personal Trainer exam.” (5/22) 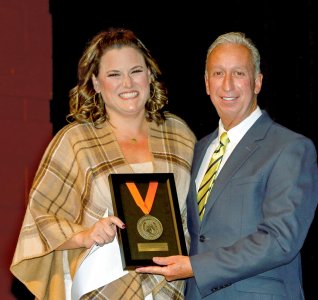 Janelle Thompson Gasaway ’05 (pictured with Richard Stranges, Hayes High School principal) was inducted into the Delaware City Schools Distinguished Alumni Hall of Fame in September. As a pitcher on the OWU softball team, Janelle was named All-NCAC Honorable Mention in 2002 and Academic All-District in 2003. She now works as a realtor and lives in Delaware with her husband, Matt, and children, Dylan and Audrey. (12/21) 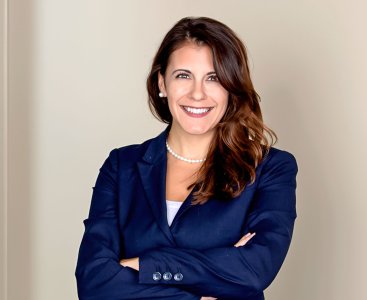 Brittany Hicar Asmus ’06 was promoted to partner status by Reminger Co., LPA. She practices civil defense litigation in their office in Toledo, OH. (5/22)

P. Richard Kramer ’06 was elected to the board of directors of the Partnership for Excellence, a Malcolm Baldridge program serving Ohio, Indiana, and West Virginia. (5/22)

Jamie Blake ’07 was hired as head women’s lacrosse coach at Castleton University in Castleton, VT. She previously was the head coach of the girls’ lacrosse team at Burr and Burton Academy, leading them to the state finals in 2018 and was named Bennington Banner Coach of the Year. (12/21) 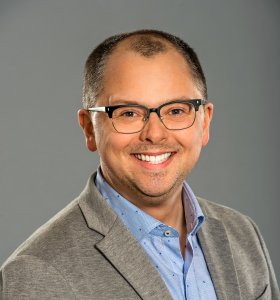 Ben Hammett Walkuski ’07, with the Rheumatology Research Foundation in Atlanta, GA, was included in the Association for Healthcare Philanthropy 2021 40 Under 40 list. This program celebrates future leaders within the healthcare philanthropy community. Ben earned his MBA from the University of Georgia and joined the Rheumatology Research Foundation in 2019 as the organization’s first director of annual giving. (5/22)

Sam Duplessis ’08 joined Penn Libraries at the University of Pennsylvania as director of advancement. He will work to advance their fundraising efforts. Recently, he was regional director for major gifts at the Wharton School. (12/21)

Her Kind of Town

“Kate has played a critical part in navigating our city through the enormous challenges of the last year,” said Mayor Lightfoot at the time of LeFurgy’s appointment. “She is fiercely committed to our mission of building a transparent, responsive City government that reflects the experience and needs of our residents, and I’m thrilled to have her stepping into this leadership role.”

“I am thrilled to step into the role of Communications Director for Mayor Lightfoot in this crucial moment,” LeFurgy said upon her appointment. “Now more than ever, clear and direct communication and transparency is necessary to help Chicagoans steer through this crisis. That is a solemn responsibility that I stand ready to fulfil.”

LeFurgy majored in international studies and Spanish at OWU, studied for a semester in Salamanca, and served as president of Delta Delta Delta sorority.

She says, “My experience at OWU gave me the confidence to take challenges head on and speak my mind, unapologetically, which has served me well as chief spokesperson for the best city in the world, Chicago.”

She later earned a master’s degree in public policy from the University of Chicago Harris School of Public Policy and since then has stayed in the city that she calls “a magical place.” Prior to joining the Lightfoot administration, LeFurgy was chief communications officer to Chicago City Clerk Anna Valencia.

An avid gardener, she lives in Wicker Park with her husband and their cat, Luna. (12/21)

Hilary Holmes Rheaume ’09 was named to the 2022 40 Under Forty list of the New Hampshire Union Leader. She is an attorney with Bernsten Shur, specializing in representing automotive and equipment dealers in New England. Hilary is also the chair of the board of directors for Woodside School, Inc., and a member of the board of directors for the New Hampshire Coalition Against Domestic and Sexual Violence. (5/22)