"But now the new president will have to face the likely consequences - heightened tensions with black Americans." 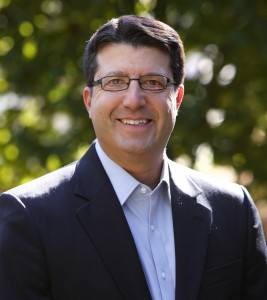 As a candidate, Donald J. Trump repeatedly vowed to secure the borders, prevent terrorism, and end violence against the police – in short, to restore law and order.

The powerful slogan appealed to white voters in Middle America, who could project onto it whatever fear or anxiety was foremost in their minds at the moment. But now the new president will have to face the likely consequences – heightened tensions with black Americans.

Trump’s successful revival of law and order came more than 50 years after Arizona Sen. Barry Goldwater injected the issue into national politics amid the racial unrest in New York in the summer of 1964. On the evening of July 16, the presidential nominee denounced the “growing menace” of “the mob and the jungle” to roars of approval at the Republican Convention in San Francisco.

That morning in Upper Manhattan, an off-duty white police officer named Thomas Gilligan shot and killed James Powell, a 15-year-old black student. The incident was immediately controversial. Two nights later, a peaceful protest in Harlem evolved into violent clashes and led to three nights of rioting and looting, which then spread to Brooklyn and Rochester. Thousands were injured and arrested as shockwaves rippled across the nation. The first “long, hot summer” of the 1960s had begun.

In Washington, President Lyndon Johnson feared the disorder would discredit his leadership and the civil rights movement. The unrest might also cost him the election by unraveling the fragile alliance of white liberals and black activists. In the fall, Johnson promised a War on Crime, which he launched in 1965. It expanded the federal role in law enforcement and set the political stage for the War on Drugs, which Richard Nixon declared in 1971, Ronald Reagan expanded in the 1980s, and Bill Clinton escalated in the 1990s.

The bipartisan War on Drugs has cost billions of dollars and had a devastating impact on black communities across the nation. By 2014, 50 years after the unrest in Harlem and Brooklyn, the United States had more prisoners behind bars by a wide margin than any other country in the world – many of them poor young men of color convicted of nonviolent crimes. The War on Drugs has also led to rising numbers of police shootings of African Americans, which, in turn, have sparked demonstrations and violence in places such as Ferguson, Missouri.

By then James Powell was forgotten by politicians, policymakers, and even protesters. But in July 2015 – 52 years to the day after the teenager was killed – President Barack Obama made an unprecedented visit to a federal prison in Oklahoma. There he observed to reporters that many of the inmates were “young people who made mistakes that aren’t that different than the mistakes that I made, and the mistakes that a lot of you guys made.” Drug offenders had to pay for their actions, he added. “But you don’t owe 20 years. You don’t owe a life sentence.”

At the time, it appeared a bipartisan consensus had formed in opposition to the War on Drugs, especially the mass incarceration of non-violent offenders. Republicans objected to the costs incurred; Democrats objected to the lives wasted. In the Senate, a crime bill that would have eliminated many mandatory-minimum sentences easily cleared the Judiciary Committee and appeared headed for passage with support from House Speaker Paul Ryan, the conservative Koch brothers, and the liberal Center for American Progress.

But then Trump made law and order a central theme of his campaign as he captured the Republican nomination. At rallies, crowds chanted “White Lives Matter” when he denounced the “War on Police” and hailed the bravery of officers. The Fraternal Order of Police, in turn, endorsed Trump because its members, according to their president, felt “victimized” by an “overzealous” Obama Justice Department. By September 2016, the crime bill had stalled in the Senate, and two months later Trump achieved a stunning upset.

It is too soon to tell what impact Trump’s unexpected victory will have on racial unrest and police-community relations in minority neighborhoods. Lower expectations among African Americans may lead to less disorder. But it is difficult to be optimistic. DeRay Mckesson of Black Lives Matter says the new president fails to see that American policing has a “racism problem,” which “in practice and policy has the potential to have dire consequences for people of color.”

It could also have dire consequences for Americans of all races. Because when another controversial police shooting inevitably occurs, Mckesson and other activists will face an uphill struggle trying to channel the rage and frustration in the streets into peaceful demands for political action without a supportive White House. The disturbing prospect of another “long, hot summer” in 2017 now looms.
---

Professor of History Michael W. Flamm, Ph.D., is the author of the new book, In the Heat of the Summer: The New York Riots of 1964 and the War on Crime.