"Our 'advanced civilization' demands that we be attentive to the need for research and education in the disciplines that comprise the humanities, in literature and language, in philosophy and religion." 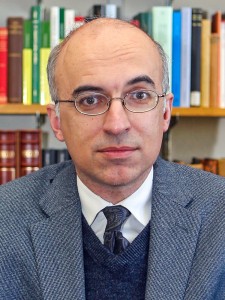 Why should anyone care if the president and congress succeed in cutting or gutting funding for the National Endowment for the Humanities (NEH)? When a Worldwide Web of information awaits at our fingertips, do we really need education and research in the humanities?

There was a time in American cultural life when the value of a liberal arts education was assumed with little controversy. The writings of our nation's founding fathers are replete with evidence of the classical education they enjoyed. The debates and decisions that marked our nation's formative years are rooted in our founders' appreciation for and knowledge of the Greek and Roman classics.

For our founders, novelty was no unquestioned god. Tradition and appreciation of the hard-won lessons of the past were hallmarks of their statesmanship and governmental practice. They were haunted by the triumphs and disasters of democratic Athens and republican Rome alike. Their rich sampling of the treasures of the humanities enabled them to confront immense challenges with the acquired wisdom of the ages. They respected the past and believed that it was crucial to learn its lessons and imbibe its wisdom well.

For 11 years, I have served at Ohio Wesleyan University as a professor of the oldest discipline of the humanities—classics—and I know the premedical students I teach become better physicians because they know Homer and Virgil, two of the finest poets of the problem of human suffering. My business and economics students find rich material for reflection in the study of the rise and fall of ancient financial and mercantile systems. Students of history and political science come to understand the formative, foundational principles of western civilization.

Without this grounding in the classical humanities, new generations of youth are cast adrift in a sea of constant change and conflict, with no roots, no sure point of comparison or standard of inquiry, no connection to the grand parade of centuries that preceded them. And tomorrow, they are already out of date, already shunted aside by the inexorable passage of time—a force that was once checked (or at least challenged) by the study and appreciation of our common humanistic tradition.

To be sure, the humanities today are under external threat, with the resultant need to defend and justify expenditure and even existence.

Some of the blame for the current crisis of the humanities, however, surely rests with the very defenders entrusted with the study and dissemination of humanistic knowledge. Every attack labeling the past as irrelevant at best and backward at worst is an act of cultural suicide. Every abandonment of the traditional curriculum that nurtured generations and welcomed new voices to the ongoing dialogue of the humanities has contributed to whatever crisis is now afoot.

If those invested in the value of the humanities have ignored the very voices that so moved and influenced our nation's founders—Cicero and Plato, Thucydides and Tacitus—then we need not look only to outside parties to lodge complaints about our slow death.

The NEH, like any human institution or endeavor, has its flaws.

But Congress was right in 1965, when it declared: "An advanced civilization must not limit its efforts to science and technology alone, but must give full value and support to the other great branches of scholarly and cultural activity in order to achieve a better understanding of the past, a better analysis of the present, and a better view of the future."

If the NEH has failed in its mandate by the support of projects of questionable merit, or the ludicrously high funding of projects that rightly elicits mockery and satire as well as outrage and contempt, then it is the duty of a responsible citizenry to lodge complaints, to protest, to challenge. Throughout, it is the responsibility of our humanities educators not to pretend that the past is simply a source of material for demonstrating how much smarter and more enlightened we are than our forebears.

Flaws aside, we need the NEH for the same reasons we needed it in 1965. Our "advanced civilization" demands that we be attentive to the need for research and education in the disciplines that comprise the humanities, in literature and language, in philosophy and religion.

Our reward will be a society of better doctors, better engineers and jurists, better statesmen and business entrepreneurs. It will be a society that can take pride in how it has cherished and conserved the immense wisdom and richly creative achievements produced by the luminaries of our past.

It will be a society more ably equipped to embrace a future that, while ever uncertain, will always be navigated more surely by those who have experienced the great pleasure and eminently practical delight of embracing the vast tradition of the humanities.

Lee M. Fratantuono is Professor of Classics and William Francis Whitlock Professor of Latin. His most recent book is The Battle of Actium 31 BC (Pen and Sword, 2016).