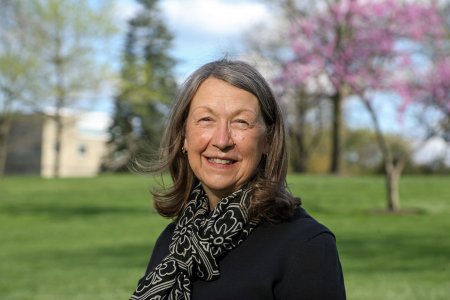 Lynda Hall began her career at Ohio Wesleyan in 1985, when Dr. Harry Bahrick hired her as associate director of a research project funded by a National Science Foundation grant. She transitioned to a full-time faculty position in the Psychology Department four years later, teaching courses on cognitive psychology, behavioral statistics, and research methods, as well as honors tutorials on memory. She and Harry continued their research collaboration, working on projects funded by NSF and the National Institutes of Health that culminated in their 2013 book, Lifetime Maintenance of Knowledge, which they co-authored with Melinda Baker. In her final years at OWU, Lynda assumed administrative responsibilities, first as chair of the Psychology Department and then as the associate dean for academic performance.

Harry and Lynda’s research focused on how we maintain knowledge acquired throughout life. Their first collaborations were large-scale investigations of factors that predict individuals’ memory for real-world learning. One study tested 1,726 individuals on their memory for content from high school algebra and geometry courses; a second study investigated maintenance of Spanish in more than 800 individuals who immigrated from Mexico or Cuba. Later studies investigated how memory for grades earned in high school and college courses can become systematically distorted over time, the role of strategy selection in memory benefits gained through spaced learning, and age-related changes in fluctuations in recall access to knowledge. They were the first to document that while older adults are more likely to experience situations in which recall of information they know is blocked, simple interventions designed to restore recall access are effective for adults of all ages. Lynda also collaborated with Dr. Robert Kail ’71 on a series of investigations of the development of processing speed in children.

Bahrick and Hall’s memory research lab provided extensive opportunities for student researchers. In their 2013 book, they named 146 former student research assistants who had contributed to the reported findings, and more than two-thirds of these alumni earned advanced degrees following their OWU graduation. Lynda greatly valued these mentoring experiences, and she strove to create similar opportunities in the classroom. Her teaching was recognized with the Sherwood Dodge Shankland Award for the Encouragement of Teachers in 1999 and the Bishop Francis Emner Kearns Award in 2018.

Lynda also sought opportunities to work with students outside the classroom. She was an advisor for Spring Break Interfaith Service Teams that travelled to Atlanta, Philadelphia, and Bucerias, Mexico. She was part of the group of instructors who pioneered the OWU Experience course for first-year students, she taught the course numerous times, and she served as the course director from 2017 through 2020. In her capacity as associate dean for academic performance, she directed the academic portion of the summer orientation program, helping shape the process to welcome new students to campus. In addition, she was a founding member of the steering committee for OWU’s Lifelong Learning Institute, and she taught a course for their inaugural session.