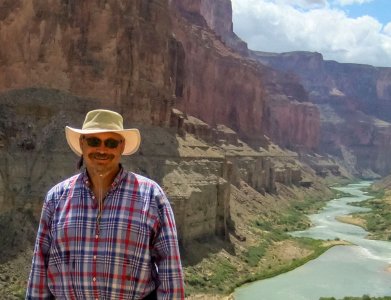 Dr. Sean Kay was born in the San Francisco Bay area in 1967, during the Summer of Love. His family later moved to Ohio, and Sean attended Kent State University, where he earned a B.A. in political science in 1989. After earning an M.A. at Kent State in 1991, Sean moved to Brussels, Belgium, where he served on the staff of the North Atlantic Assembly and earned another M.A. in International Relations from the Free University of Brussels in 1992. He then earned a Ph.D. in political science at the University of Massachusetts at Amherst in 1997.

Sean worked as a Research Fellow with the Institute for National Strategic Studies of the National Defense University. He then moved on to academic appointments with Dartmouth College and Rhodes College, before joining Ohio Wesleyan University’s Department of Politics and Government in 1999. This represented a continuation of a family connection to OWU, as his grandmother and great-grandmother were Ohio Wesleyan alumni.

Sean rose quickly through the ranks at Ohio Wesleyan, with promotion to Associate Professor in 2002 and to Professor in 2006. He also was named the Robson Professor of Politics and Government.

Sean’s main teaching responsibilities were classes in international relations, U.S. foreign policy, and European politics. His classes were popular, and he was well-known for motivating students to greater rigor in their research papers through a mixture of thorough critique and encouragement. Sean was awarded OWU’s Bishop Francis Kearns Award for outstanding teaching and was the first recipient of the University’s Libuse L. Reed Endowed Professorship.

Numerous tributes from his former students especially praise his mentorship. He gave generously of his time and encouraged them in their studies and careers. His former students have gone on to graduate studies in top universities and careers with leading academic institutions, government agencies, and international organizations.

Sean was the Director of the International Studies Program, through which he guided one of the most popular majors at OWU and contributed more broadly to the University and community by organizing numerous lectures presented by prominent leaders in academia, government, and the military.

Sean also became an internationally renowned scholar in the field of international relations, showing amazing breadth as he forged academic connections to diverse interests in his life. He published more than forty articles or chapters and nine books, including a research monograph on NATO; a textbook on global security; a book on Ireland, the birthplace of his wife, Anna Marie; and his final book examining how rock and roll changed the country and the world.

Sean himself was an accomplished musician, and his performances at The Backstretch were popular with faculty, students, and the Delaware community. Sean’s voluminous scholarship was recognized with the 2020 Welch Award for Scholarly Achievement.