Abeer Abdelaal, visiting professor of Spanish and Arabic, published a book of Mexican and Colombian poetry translated into Arabic in February. 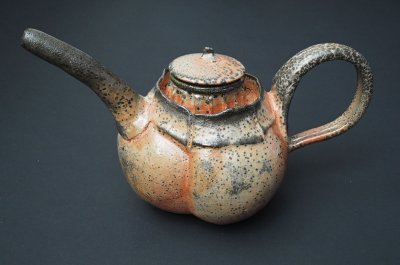 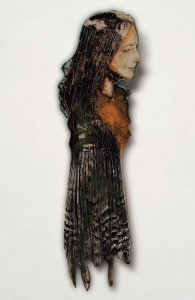 Kristina Bogdanov, associate professor of fine arts, had her Shino teapot selected as an entry in the 35th annual Best of Ohio exhibition, organized by Ohio Designer Craftsmen Museum in Columbus. The work was also featured in the August 2019 issue of Ceramics Monthly. Her sculptural hair comb, “Tea’s Comb,” was selected as an entry in the 2018 Workhouse Clay International last fall. Her paper porcelain ceramic sculpture “A House Is Not A Home” and her video and mixed media installation “Desolation” were selected for “Challenging Borders,” the inaugural Great Lakes Colleges Association exchange at Allegheny College that ran from January to March. In addition, Bogdanov was selected as a demo artist at the 2018 SPE Society for Photographic Education in Lexington, Kentucky, in March 2018 and led a professional workshop for beginning and advanced ceramic artists at Buckeye Ceramic Supply Company in Hilliard, Ohio, in April.

David Caplan, Charles M. Weis Professor in English and associate director of creative writing, spent the 2017-18 academic year at the University of Haifa in Israel, supported by a grant from the Israel Foundation and his scheduled scholarly leave. He taught a class at the university, gave poetry readings in Haifa and Jerusalem, and delivered lectures on contemporary poetry. He had three articles accepted for publication: “Mastery and Exclusion: Two Modes of Self-Questioning in Holocaust Poetry” in The Palgrave Handbook on Holocaust Literary and Cultural Studies (New York: Palgrave, forthcoming); “Rhyming Comedy: On the Restlessness of Hip Hop Rhymes” in The Routledge Companion to Popular Music and Comedy (New York: Routledge, forthcoming); and “From Gimmick to Exemplar: Erasure and the Art of Contemporary Poetry” in Formes Poétiques Contemporaines (forthcoming). After his return to OWU, Caplan also had accepted for publication a new poetry collection, Into My Garden (Ben Yehuda Press, forthcoming).

Michael Flamm, professor of history, was elected to a three-year term on the executive board of the Organization of American Historians, the largest professional association dedicated to the teaching and study of U.S. history.

Bob Gitter, Joseph A. Meek Professor of Economics, presented “Migrant rights in rural Ohio - results from faculty, student, NGO collaborations” at the 2019 Latin American Studies Association meeting in Boston. The presentation focused on a project based on interviews of about 350 immigrants in rural Ohio. The project was carried out with Nancy Powers (Kenyon), Michele Leiby (Wooster), Alvaro Corral (Wooster), Dosi Alvite (Denison), and Jeff Stewart (Immigrant Workers Project). OWU students Derien Palmerin ’19 and Brayams Ayala ’20, along with Samantha Merino, were part of the team conducting interviews.

Larry Griffin, music professor and department chair, played principal trumpet at a Dec. 15 Carnegie Hall event, “A Night of Inspiration.” The sold-out show featured a 64-piece orchestra, a 200-voice multicultural choir, and a slew of stars including Regina Belle, Shirley Caesar, Kenny Lattimore, and BeBe Winans. In addition, Griffin taught and performed his 21st season at the International Music Camp at the International Peace Garden on the border of Manitoba and North Dakota this July. He was awarded the Newark Granville Symphony Orchestra Endowed Principal Trumpet Chair this year.

Lynda Hall, professor of psychology and associate dean for academic performance, will present a course on maintenance of knowledge for Ohio Wesleyan’s new Lifelong Learning Institute in September and October 2019. 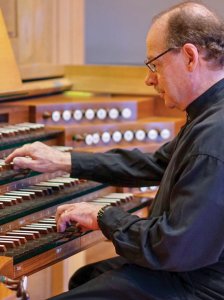 James Hildreth, instructor in organ, is scheduled to present a free recital at 7 p.m. Sept. 20 in Gray Chapel. To highlight OWU’s commitment to cultural diversity, the program will include music by composers from Europe, Nigeria, Taiwan, Canada, Mexico, and the United States. It also includes a group of works by German composers in honor of the Klais organ in Gray Chapel, which was built in Bonn, Germany. Hildreth has been organist of the Broad Street Presbyterian Church in Columbus since 1987. He is also organist for the Columbus Symphony Orchestra and played with the Columbus ProMusica Chamber Orchestra under Timothy Russell.

Michele Nobel, director of the special education program and assistant professor of education, along with Chloe Bush ’19 and Kelly Coffyn ’19, presented “Want to travel the world from your classroom? You can with Google Tour Builder” at the 2019 BlendEd Conference hosted by Delaware City Schools. She also presented “Using Google Tour Builder will make your students say ‘This class ROCKS!’” at the 2019 Ohio CEC Summer Forum in Columbus. Additionally, Nobel facilitated a six-hour workshop titled “Supporting Emergent and Early Literacy Development in the Preschool Classroom” for Boulevard Preschool teachers and administrators in Grandview Heights, Ohio.

Anne Sokolsky, associate professor of comparative literature, became the literature editor of the Journal of Japanese Language and Literature in April and finished one year of a three-year term on the executive committee of the Midwest Japan Seminar. She also organized a panel titled “The Art of Divorce in Japanese Literature.” The paper presented for the panel was “Divorce in the Life and Literature of Late Meiji Writer Tamura Toshiko.” The panel was accepted at the Midwest Conference on Asian Affairs in October 2018 and the Association for Asian Studies in March. Sokolsky gave a third paper presentation titled “When Literature, Archives, and Family Lore Meet: Yamasaki Toyoko’s Futatsu no sokoku, the Tokyo Trial, and American Attempts to Get Shigemitsu Mamoru Pardoned” at the Midwest Japan Seminar in April, which she hosted and organized at OWU. The final event for the April Midwest Japan Seminar was a Taidan (dialogue) by OWU alumnus Ezra Vogel ’50.

Shari Stone Mediatore, professor of philosophy, published “How America Disguises Its Violence: Colonialism, Mass Incarceration, and the Need for Resistance Imagination,” as the lead article in Critical Review of International Social & Political Philosophy. She also testified at an Illinois state legislature hearing on the need for a fair parole system. Her report on the hearing was published in the newsletter Stateville Speaks. Links to her testimony and her report can be found at owu.edu/ magazine. With assistance from Curry Carr ’21, Raissa Kanku ’19, Judy Larson ’22, Angie Sandhu ’21, and Hannah Wargo ’19, she also organized an art and essay contest for people incarcerated in Illinois. She also continues to serve as a lead writer and board president for Parole Illinois, an organization that she co-founded.

Lisa Tabak, curator of the Zoology Department’s Brant Museum, worked with Josh Pletcher ’20 to digitize and annotate the museum’s Ward’s Cast Collection, plaster casts and models of various fossils and finds, as well as documentation of the letters between naturalist Henry Augustus Ward and OWU. The work is supported by a grant from the Mellon Foundation.