As the OWU Board approves the quiet launch of the 7-year campaign, Louis Simpson ’58 and his wife and business partner, Kimberly Querrey, donate $8 million to support the renovation of Edwards Gymnasium and the transformation of the former Pfeiffer Natatorium into the new Simpson Querrey Fitness Center, which now includes classrooms and Januzzi Dance Studio. 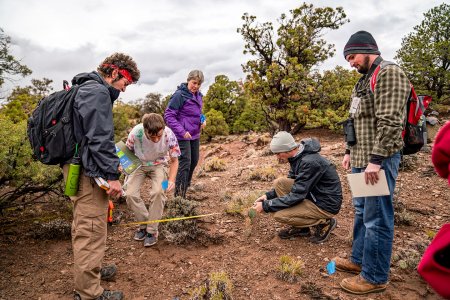 John and Kathie (Bradford) Milligan ’83 donate $5 million to support expansion of The OWU Connection, the unique curricular program that blends student research, travel, internships, and service to help students Think Big, Go Global, and Get Real. A major campaign initiative, more than $20 million will be raised to provide OWU Connection experiences for students for years to come, like the biology travel-learning class pictured above right in Utah.

April 2015
The estate of Beatrice Knapp McDowell ’40 makes a $1 million gift to create an endowed faculty chair in the Department of Mathematics and Computer Science. During the course of the campaign, more than $22 million will be raised to support OWU faculty.

August 20, 2015
Thanks to an $8 million gift from an anonymous donor, this 1873 jewel was refurbished with modern classrooms, an elegant third-floor meeting space, and the firstfloor headquarters of The OWU Connection.

May 2016
OWU debuts six online summer courses, supported by a gift from David Miller ’54, enabling students to complete classes while also participating in OWU Connection-related travel experiences. Online summer offerings grew over the years and provided valuable experience to faculty, who were forced to move all classes online when the COVID-19 pandemic hit. 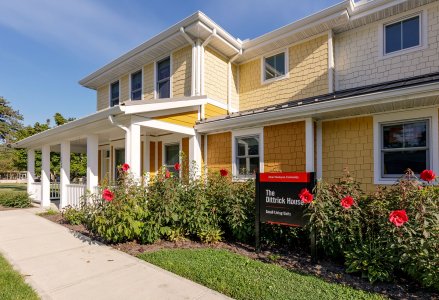 A new era of Small Living Units begins with the dedication of the Dittrick House, the first “SLUplex” and first new student housing construction in 50 years. The building is named in recognition of Doug Dittrick ’55, whose $1.5 million gift funded the construction. Two more SLU homes would be built along Rowland Avenue with gifts from Jim and Janet Dickie and Tim and Lisa Sloan P’13 and P’16.

August 2016
A gift of more than $4.5 million from the estate of James Morris ’44, M.D., will be used to create one of the university’s largest endowed student scholarships. Throughout the campaign, more than $47 million will be donated to support scholarships and financial aid.

August 2018
OWU launches the interdisciplinary Carol Latham Entrepreneurial Scholars Program for students seeking to become the next generation of business trailblazers. A gift from Carol Hilkirk Latham ’61 helps to fund the program, as well as the new Delaware Entrepreneurial Center at Ohio Wesleyan University, a university-city-county partnership that houses local start-ups, including some launched by OWU students. 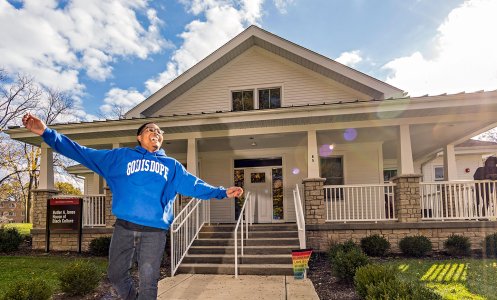 The reconstructed Butler A. Jones House of Black Culture, in the same location at 65 Oak Hill, welcomed back former residents during Reunion Weekend.

May 17, 2019
OWU receives the largest single contribution in its history—a $10-million anonymous contribution— to support the renovation of 123-yearold Slocum Hall. When it reopens in fall 2022, Slocum will house the Admission office and Career Connection, which helps students secure internships, build resumes, and develop the career-readiness skills. 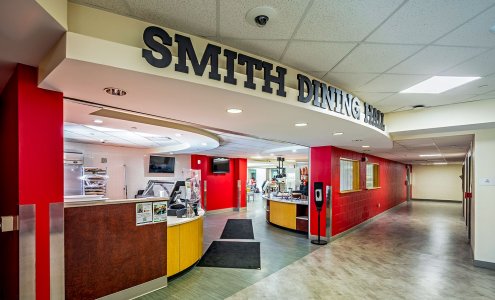 Several donors contribute $20 million enabling OWU to expand a Residential Renewal program to completely renovate Smith Hall to house all first-year students and build a new apartment building for seniors. By the end of the campaign, two-thirds of all OWU students will be living in housing built or remodeled in the past decade.

February 2020
Thomas Palmer ’69, and his wife, Susan Palmer, create a $2 million endowment for the Thomas W. Palmer ’69 and Susan Palmer Global Scholars Program. Part of the Global Studies Institute, the program enrolls a dozen or more incoming students a year, and each receives a $4,000 grant to pursue an international research or study project. 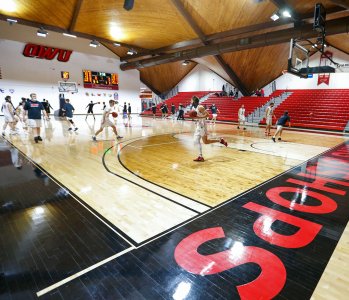 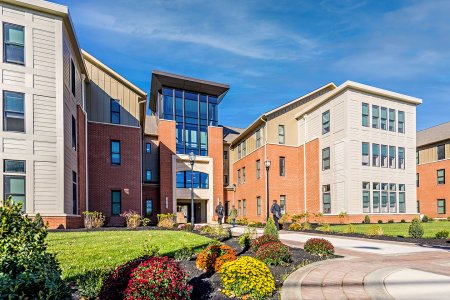 OWU’s first apartment building opens, as 126 students move into the brand new, 46,500-square-foot building on Liberty Street at the end of Rowland Avenue. The building was funded in part by gifts from John and Kathie (Bradford) Milligan.