Amy Butcher, assistant professor of English, published “Pokémon Go See the World in All Its Splendor,” in the July 17 edition of The New York Times Sunday Review. An additional essay, “Flight Behavior,” published in the June issue of The American Scholar, was awarded grand prize in the Solas Awards for “Best Travel Writing of 2016” and anthologized in Best Travel Writing 2016. Her essay “A Slow Kind of Unraveling” has also been distinguished as a notable essay in Best American Essays 2016, guest-edited by author Jonathan Franzen. 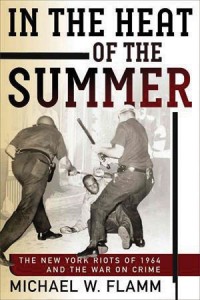 Michael Flamm, professor of history, wrote In the Heat of the Summer (University of Pennsylvania Press, 2016), a book about the New York City race riots of 1964. Dave Farber, a professor from the University of Kansas, said, “Flamm’s riveting history of black anger, police misconduct, and the politics of law and order sets the stage for today’s debates over incarceration, police-community relations, and the struggle for racial justice in the United States.”

Frank Hobbs, associate professor of fine arts, took part in a three-person art exhibit in the Andrews Gallery at the College of William and Mary in Williamsburg, Va. The exhibition ran from Oct. 6 to Nov. 4 and was titled “One Off: Monotypes by Barbara Grossman, Frank Hobbs, Yvonne Petkus.”

Jennifer Jolley, assistant professor of music, had the world premiere of her beginning band piece Last Stage to Red Rock. It was performed by the Mason Intermediate School’s 6th Grade Beginning Band at Mason (Ohio) Middle School from May 9 to 11.

Ted Cohen, professor of sociology-anthropology, published the 13th edition of his textbook The Marriage and Family Experience: Intimate Relationships in a Changing Society (Cengage, 2017). Originally authored by the late Brian Strong, the current edition is the sixth edition Cohen has updated and revised. The 13th edition addresses racial, gender, and sexual diversity in how marriage, intimate relationships, and parenthood are experienced, including wider examination of multiracial and biracial experience, ongoing changes in how we conceptualize and understand gender, and discussion of the movement for marriage equality that culminated in the 2015 U.S. Supreme Court decision legalizing same-sex marriage.

Donald Lateiner, emeritus professor of humanities-classics, co-edited and authored two essays for The Ancient Emotion of Disgust (Oxford University Press, 2016). His essays are titled “Theory and Practice of an Ambivalent Emotion” and “Evoking Disgust in the Latin Novels of Petronius and Apuleius.” Lateiner’s interest in the subject grew from his course at OWU titled “Love and Sexuality in Literature and the Arts.”

Ji Young Choi, associate professor of politics and government, stayed as a visiting scholar for spring 2016 at the Mershon Center for International Security Studies at Ohio State University. Young also gave lectures on Korean politics in Shanghai, China, on March 28 and in Washington, D.C. on July 28. He took OWU students to Seoul, South Korea, to study environmental politics on a grant in May and will teach a Travel-Learning course there in the spring 2017 semester.

Mark Schwartz, professor of mathematics, and Ben Letson ’14 had a jointly authored paper accepted for publication in Mathematics Magazine, a periodical of the Mathematical Association of America. The paper, “The Regiomontanus Problem,” considers where to stand to optimally view a painting. The research for the paper was carried out during OWU’s Summer Science Research Program in 2012. The paper will appear in 2017. 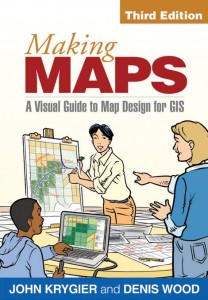 John Krygier, professor of geology-geography and director of environmental studies, along with co-author Denis Wood, used Illustrator and InDesign to make the third edition of their book Making Maps: A Visual Guide to Map Design for GIS (Guilford Press, 2016) from scratch. Matthew Wilson, a professor from the University of Kentucky, said, “The book is fresh, lively, and engaging—it is a pleasure to read and thought-provoking for students.”

The deadline for receiving Faculty Notes submissions for the Spring OWU Magazine is Feb. 3, 2017.