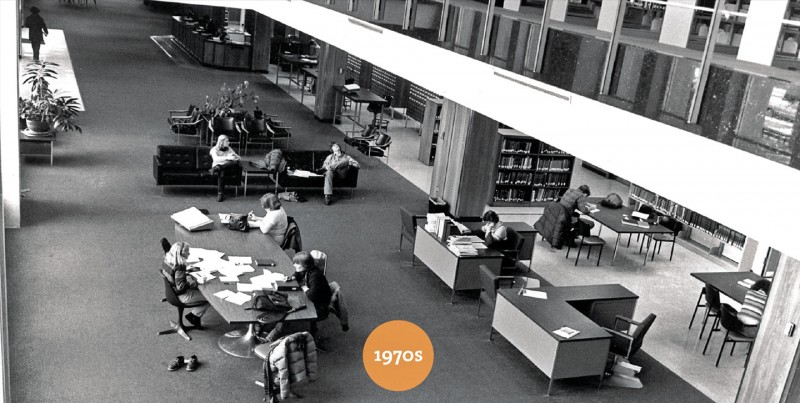 Cramming Through the Ages

Students study for finals (bottom photo) in December, with laptops replacing piles of papers in the undated photo, circa 1970s. Beeghly Library, which opened in 1966, is among the largest liberal arts college libraries, with more than 480,000 volumes, including many rare 19th- and early 20th- century works. The library houses the archives of Ohio United Methodism and is home to Gallery 2001, an extension of the Ross Art Museum. Students taking Art 492: Exhibition Practice with Erin Fletcher, director of the Ross, curate an exhibit in the gallery each spring. (Do you recognize yourself in the top photo? Let us know by emailing us at magazine@owu.edu.) 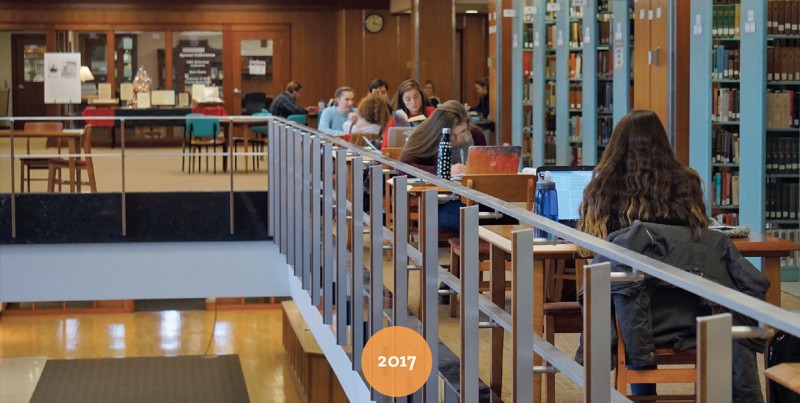