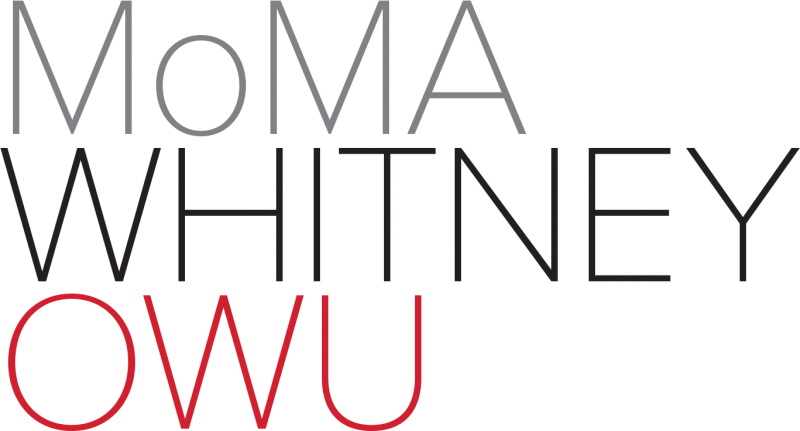 She’d listened to her father when he said, “You can’t take a photo, cut it a half inch thick, and put butter on it.”

But four years at Ohio Wesleyan transformed her, and soon the renowned artist will be traveling back to her alma mater to exhibit her photographic works in the Richard M. Ross Art Museum. The building was still the Delaware city post office when Verburg came to OWU from her home in New Jersey as a freshman in 1968. But by the next year it belonged to the University, and school officials began moving in some fine arts classes and, eventually, offices.

“My art classes were spread out all over the place,” says Verburg from her studio and home in Minneapolis. “I had a drawing class in a house near Austin Hall and a sculpture class near the Beeghly Library. And my photo class was in the Ross.”

Back then it was known as Humphreys Art Hall, and the basement was the photo lab. That is where Verburg learned to develop film and spent hours tweaking her photographs. She was a senior by then, majoring in sociology rather than art because she realized: “In my sophomore and junior years that if I took all the required classes in the Art Department, it would be design and art history, and I wouldn’t be able to take as many studio classes.” she says. “And I only had to take two more classes to get a major in sociology. All the rest were electives, and I could take lots more studio art.”

OWU didn’t offer a photography class until Verburg was a junior, and, ironically, she couldn’t get into the popular class because it was filled with art majors. The professor, Steve Liebman, left after a year, but his brief tenure had so energized students that three of them began teaching their own photography class. “Students at the time were given various opportunities to develop and teach a class,” Verburg remembers. The effort, she says, was linked to the nationwide campus unrest over the Vietnam War, which had spread to OWU.

For Verburg, the class was a game changer. Peter MacGill ’74, who was one of the student teachers, taught her everything he’d learned the year before from Liebman, including how to develop film and manipulate her prints. Verburg was auditing the class, but managed to convince her sculpture professor, Everett “Ebb” Haycock, to critique her photographs so she could get independent study credit for her work. “He drew all over my photos with chalk, and would say, ‘Can you do this in the darkroom?’” she said. “It was a wonderful balance with the more typical critique I got from the students.”

After she graduated, Verburg headed to a job at the Philadelphia Museum of Art, then the Rochester Institute of Technology for a master of fine arts degree in museum photography. She worked in the late 1970s as project manager for the Rephotographic Survey Project, which replicated wilderness views made by frontier photographers in the 19th century. After working as a visiting artist in Minneapolis, she moved there from Boston, and her reputation grew as she explored unusual ways of photographing friends and relatives, including her husband, Jim Moore, a poet.

She never lost touch with MacGill; he became, and remains, her art dealer.

In 2007, a mid-career solo exhibition of her work was organized by the Museum of Modern Art in New York, including numerous photographs of olive trees she took near Spoleto, Italy, where she and her husband live part of the year.

The planned Ross exhibit will be her first at OWU since a survey show in the 1980s. Scheduled for the fall of 2019, it will feature a project she calls “After/Before: Trash & Objects of Desire.” The photographs depict objects that have been discarded, such as a plastic water bottle or a plastic bag, and pairs them with a still life photograph of the same object purchased from a store.

“I really like the idea that this particular project addresses issues of people abandoning the same things we cared about and even fetishized,” she said. “There are a million examples, from plastic bottles to political policies. What I’m hoping is that we can engage some of the faculty and students to use this idea as a point of departure at the time of the show, so that it would be interdisciplinary.”

OWU biology Professor Laurie Anderson has signed on to work with Verburg on her exhibit. “I’m very excited about it,” says Verburg. “I really want to go back and just be there at Ohio Wesleyan.”

Verburg has been back to campus a few times, mostly shortly after she graduated, but didn’t get to see the Ross Museum until her 45th reunion last year.

“It was very emotional,” she says.

“I’m thrilled that Ohio Wesleyan has committed the real estate for an art museum to be part of the curriculum. Practicing art gives you the opportunity to develop a practice that allows for failure in ways that are helpful and educational and enhances your life and your understanding. But what a museum does is pluck from history, some of the most articulate examples from people who have used that kind of art to try and understand what it means to be human.”