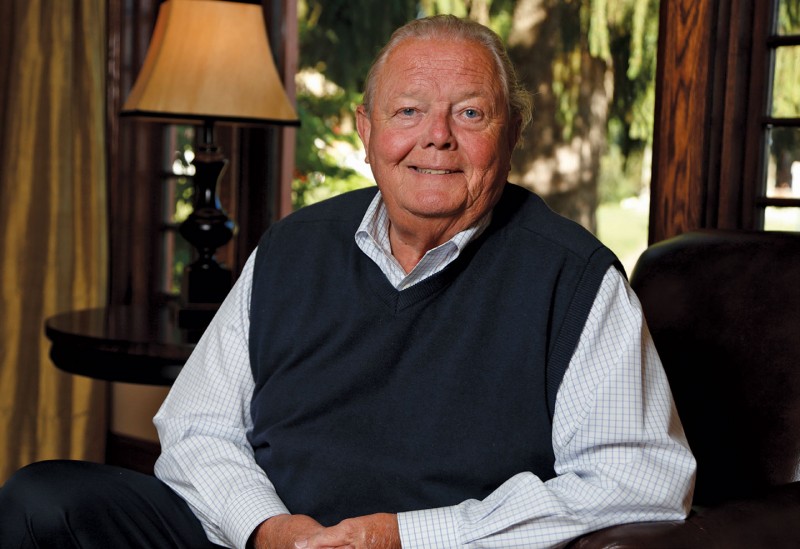 Robert W. “Bob” Gillespie ’66 will be the first to admit that he came to Ohio Wesleyan University unprepared for the rigors of academic life. “I’m one of these folks who really experienced a great deal of personal growth in my four years at Ohio Wesleyan, because I came in probably not really ready for a college experience,” he says.

But professors like Norman Leonard in the Economics Department opened his eyes—and his ears—to the benefits of a quality education, and good communication skills. “I would find myself writing notes in his labor economics class that didn’t relate to labor economics, they related to the incredible way he expressed himself,” Gillespie recalls.

Outside the classroom, Gillespie enjoyed the privilege of serving as president of the Epsilon chapter of his fraternity, Alpha Sigma Phi. “There, I learned that, by golly, I’ve got a little bit of leadership skills,” Gillespie says modestly.

Following his graduation with a B.A. in economics, Gillespie built upon the leadership and communication skills he had learned at OWU and in just 11 years went from working as a teller at Cleveland Society for Savings bank to its president, as it was renamed Society National Bank. Nine years later, he was named president of Society Corp., and later became chief executive officer. He guided the institution from a $3 billion enterprise to a $120 billion operation, then became chairman and CEO of KeyCorp four years after it acquired Society Corp. in 1993. He remains chairman emeritus of KeyCorp in Cleveland.

As Gillespie advanced in his career, he remained connected to OWU, joining the Board of Trustees as a Trustee-at-Large in 1987 and serving until 2013, when he became a Life Trustee. He currently serves on the Board of Trustees’ University Advancement, Finance and Operations, and Investments committees. Gillespie also has been active with the Department of Economics and with the Woltemade Center for Economics, Business and Entrepreneurship. He previously served as chair of the Campaign for Ohio Wesleyan and has been a dedicated volunteer with annual giving, his class reunion, and more. Bob and his wife, Ann Wible Gillespie ’67, are members of the Founders’ Circle and the Tower Society, and recipients of the Adam Poe Medal.

In May, he was recognized by the Ohio Wesleyan Alumni Association Board of Directors with the University’s Alumni Award for his outstanding service and dedication to his alma mater. “When I received my recognition at my 50th reunion, others on the platform were folks that I knew extremely well, dear friends and people who shared that commitment to stewardship that made it easy to join up,” he says.