More than 20 members of the 1971 football team gathered on the steps outside Merrick Hall at the all-football reunion during Homecoming and Family Weekend, Oct. 8.

Their team, coached by Jack Fouts ’48, won the Ohio Athletic Conference title and was selected to play in the Amos Alonzo Stagg Bowl (the NCAA College Division Western Regional title game). Samford (Alabama) won the game, 20-10, but forfeited the victory after it was discovered ineligible players were used. 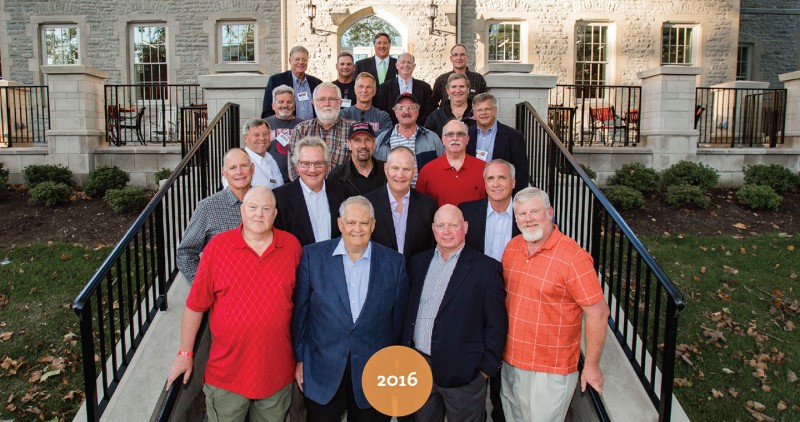