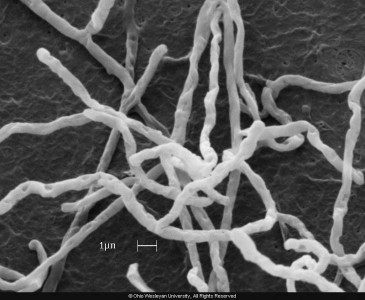 Scanning electron microscopy allows for higher magnification and better resolution than standard light microscopy. Since the sample is bombarded with electrons rather than light, the level of detail in a smaller area is much greater than a light microscope.

During October 1996, scanning electron microscopy was brought to Ohio Wesleyan University through an interdepartmental effort from Botany/Microbiology, Geology/Geography and Zoology.

Sources of funding include the Smiths, Graham 'Deck' Stewart ’27, and the National Science Foundation. Dr. Laura Tuhela-Reuning, part-time professor and SEM technician, is the director of the lab and instructor of the SEM Theory and Practice class.