A Journey to Germany

Payne traveled to Wittenberg, Germany, to research the practical faith of Christians by attending church services and conducting interviews with Christians in the city. She also studied how the religious and historical significance of Lutherstadt-Wittenberg impact the lives of Christians living there today as well as how the secularization of German society impacts the practices of Christians and Christian churches in Wittenberg.

Lessons learned: “My Theory-to-Practice Grant experience had a huge impact on many aspects of my life. Academically, I have learned how to do the research and planning that is necessary for a project of this type and magnitude.

“It is continuing to teach me how to process, synthesize, and share what I have learned from my experience. Intellectually, I have discovered that what I learn is often more than and different from what I expected. 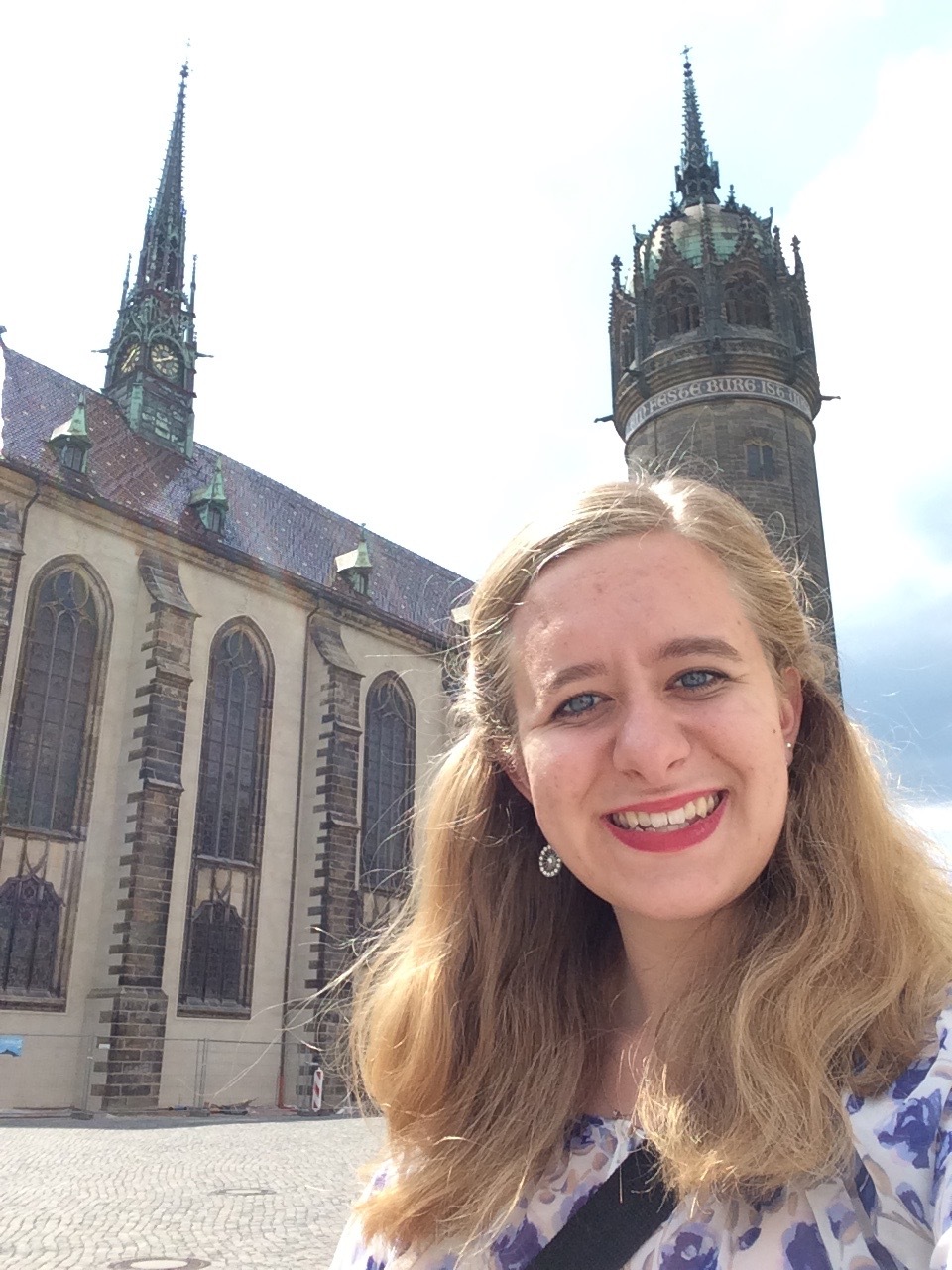 “Professionally, it has taught me how to make connections with people, one of the more tricky elements of my project. … It also helped that some of the people I met suggested others I should talk to and gave me the necessary contact information.

“The largest impact my project experience had on my development, other than simply the answers to the questions I asked, was its influence on my personal growth. I was traveling alone in a foreign country, and I had to learn a lot about my own abilities and inabilities. I had to learn how to communicate well with the level of German language that I had, which was not fluent.

“A large part of my personal growth was spiritual. When I felt the most alone and dejected, I was shown in a very poignant way that I was not, in fact, alone.”

Why I chose Ohio Wesleyan: “OWU is a liberal arts school that offers travel opportunities, the German language, and generous financial aid, all of which were key factors in my college search. These factors were what led me to apply and then attend OWU. Within the first month of my first semester, I knew I was in the right place for me.”

My plans after graduation: “Graduate school for religion, particularly Early Christianity and/or history of Christianity. The goal is to eventually earn my Ph.D. and teach at the collegiate level.”