“It is a great opportunity to become better acquainted with the diversity of French culture and filmmaking creativity,” said Ana Oancea, Ph.D., an assistant professor of modern foreign languages who is spearheading the festival. “The features are artistically daring and thought-provoking, dealing with topics ranging from the Iranian Revolution to immigrant children’s life in Paris, and the challenges and opportunities of adapting 19th century works for the screen.”

This year’s six films will be presented in French with English subtitles. Ohio Wesleyan students and faculty will lead post-screening discussions.

“This format allows the events to be much more interactive and engaging than the equivalent experience in the theater,” said Oancea, who earned a nationally competitive grant from the French-American Cultural Exchange Foundation to support the festival. “As in previous years, we are delighted that there is great student involvement in the event. It is driven by their keen interest and supported by Allons-y!, the OWU French Club.”

Films to be shown during Ohio Wesleyan’s 2017 Tournées French Film Festival are:

All screenings begin at 7 p.m. 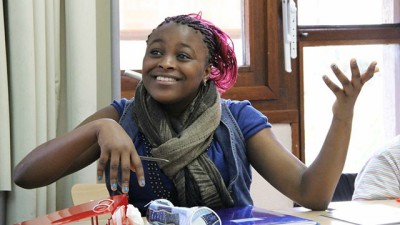 This film follows a year in a Paris schoolroom for children who have recently immigrated to France. Using an intimate fly-on-the-wall style, Julie Bertucelli’s film provides unforgettable glimpses into the lives of teens from Mauritania, Serbia, Venezuela, Romania, Senegal, Libya, Ireland, Brazil, and China – children who have come to France for reasons ranging from studying violin at the Paris conservatory to escaping genital excision. While “School of Babel” is full of incidental insights into French immigration policy and headline-grabbing sociopolitical situations, the focus remains squarely in the classroom and on the children as individuals wrestling with a new language and a new culture. 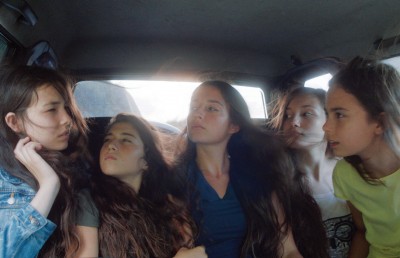 While Deniz Gamze Ergüven’s extraordinary debut has striking thematic similarities to Sofia Coppola’s “Virgin Suicides,” it has a spirit of revolt is all its own. Ergüven goes beyond evoking the mystery and marvels of the world of adolescent girls to decry the denial of women’s rights the world over. “Mustang” begins when the childhoods of five orphaned sisters come to an abrupt end. When their grandmother and uncle learn the girls have been seen splashing in the sea with boys, they lock the girls inside the house. From there, things only get worse, including medical virginity checks and arranged marriages. The youngest sister, however, will not accept being deprived of attending her favorite soccer team’s game, just as she will not stand to watch yet another sister be forced into a stranger’s arms.

As they did with 2007’s “Persepolis,” co-directors Marjane Satrapi and Vincent Parronaud magically translate Satrapi’s graphic novel to the big screen. Unlike “Persepolis,” which was entirely animated, “Chicken with Plums,” set in Tehran in 1958, is mostly live action. But the flesh-and-blood actors – including Mathieu Amalric as Nasser-Ali Khan, a gifted violinist so miserable that he wills himself to die – appear before wondrously hyper-stylized sets, a mise-en-scène that imbues “Chicken with Plums” with the power of a parable. As Nasser-Ali takes to his bed, where he plans to expire, the film recalls the source of his sorrow, stretching all the way back to his childhood. Soon the real reason for Nasser-Ali’s anguish becomes clear: the rupture of his first – and only – great love affair, with a beautiful woman called Irâne. Her name assumes subtle allegorical significance in this deeply melancholic film, suggesting that she represents not only a lost love but a country misled. 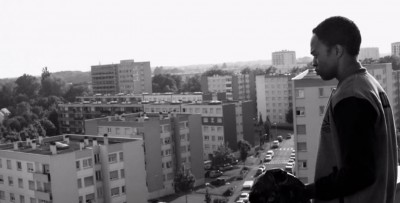 The invigorating first feature by acclaimed French rapper and novelist Abd Al Malik is a coming-of-age story and redemption tale based on the writer-director’s own youth in the beleaguered projects of Strasbourg. The film follows the struggles of Régis, a budding rapper who relies on petty crime to fund his passion for music. But as his fellow musicians get lured into drug dealing, Régis finds salvation in the classics of French literature and his conversion to Sufi Islam. While Abd Al Malik’s edifying hymn to education and tolerance is first and foremost a boldly idealistic statement, it also is a profoundly satisfying cinematic experience, shot in high-contrast black and white and full of powerful stylistic devices that break with convention to heighten the impact of everyday violence and injustice. 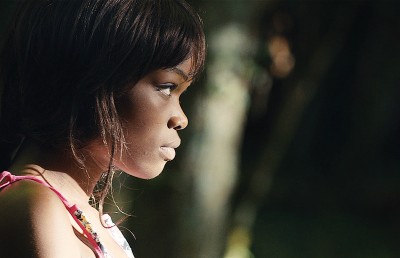 In this film, writer-director Jean Paul Civeyrac shifts the action of Nobel prize-winning author Doris Lessing’s short story “Victoria and the Staveneys” from London to contemporary Paris, but otherwise remains faithful to Lessing’s tale of a young black woman’s uneasy relationship with a wealthy white family. Victoria (Guslagie Malanda) becomes fascinated with the family as a little girl, then later has a daughter out of wedlock with one of the sons. As she struggles both with a sense that she is losing her daughter to this bourgeois family and the growing resentment of her son, who has a black father, Victoria provides an unusual and welcome insight into the situation of foreigners in France today. In the most concrete terms, privilege is within her reach, but never truly hers. 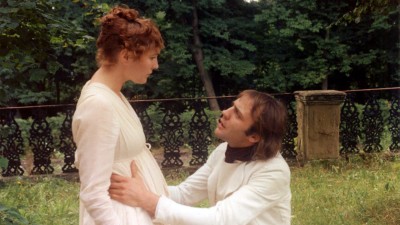 Eric Rohmer caught the world by surprise when he followed the low-budget, contemporary “Moral Tales” that had established him as a late-blooming master of French New Wave with “The Marquise of O,” a German language period piece adapted from the novella by early 19th century author Heinrich von Kleist. The story deals with the quandary faced by the Marquise of O, a chaste young widow, when she finds herself inexplicably pregnant. The film stands both as one of cinema’s greatest literary adaptations and one of its most pleasingly convincing period pieces. While the film is faithful to the cool detachment of Kleist’s prose, keeping the viewer hovering between mirth and outrage, its moral ambiguity is certain to spark heated debate.

The Tournées Film Festival is a program of the New York-based FACE Foundation, in partnership with the Cultural Services of the French Embassy, which aims to bring French cinema to American college and university campuses. The festival is supported by the embassy, the Centre National de la Cinématographie et de l’Image Animée, the Franco-American Cultural Fund, the Florence Gould Foundation, Campus France USA, and Highbrow entertainment. Ohio Wesleyan’s screenings also are supported by the Office of Academic Affairs and Department of Modern Foreign Languages.